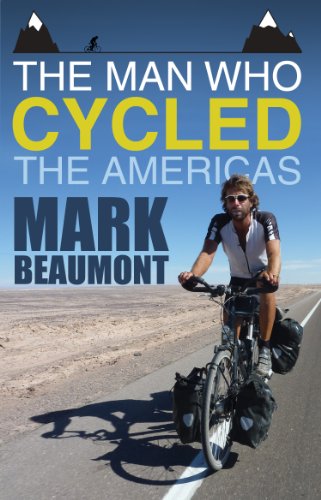 The Man Who Cycled the Americas
by Mark Beaumont

The Man Who Cycled the Americas Summary

The Man Who Cycled the Americas by Mark Beaumont

In 2008, Mark Beaumont smashed the world record for cycling around the world, by an astonishing 81 days. His race against the clock took him through the toughest terrain and the most demanding of conditions. In 2009, Mark set out on his second ultra-endurance challenge. And this one would involve some very big mountains. The Man Who Cycled the Americas tells the story of a 15,000 mile expedition that once again broke the barriers of human achievement. To pedal the longest mountain range on the planet, solo and unsupported, presented its own unique difficulties. But no man had ever previously summited the continents' two highest peaks, Mt McKinley in Alaska and Aconcagua in Argentina, in the same climbing season, let alone cycling between them. Oh, and Mark had never even been up Ben Nevis before. Full of his trademark charm, warmth and fascination with seeing the world at the pace of a bicycle, Mark Beaumont's second book is a testament to his love of adventure, his joy of taking on tough mental and physical feats, and offers a thrilling trip through the diverse cultures of the Americas.

Customer Reviews - The Man Who Cycled the Americas

The Man Who Cycled the Americas Reviews

"Interesting, engaging and truly knackering just reading about it" * London Cyclist *
"One of the highlights of Beaumont's writing is the way he captures the subtle nuances of life... a brilliant read that really captured my imagination" -- Mary Bor * curiousbookfans.co.uk *

Mark Beaumont grew up in the foothills of the Scottish Highlands. When he was twelve, he cycled across Scotland, then a few years later completed the 1,000 mile solo ride across Britain from John O'Groats to Land's End. His next long-distance ride took him the length of Italy, a journey of 1,336 miles, helping to raise GBP50,000 for charity. After graduating from Glasgow University, he decided against a conventional career and devoted himself full-time to his endurance adventures. In 2008, Mark completed his Guinness World Record-breaking cycle around the world, having travelled 18,297 miles in just 194 days and 17 hours. He has self-filmed and presented three documentaries for the BBC, The Man Who Cycled the World, The Man Who Cycled the Americas, and most recently Rowing the Arctic, the story of the six-man team who crossed the ocean to the magnetic North Pole in August 2011. Visit his website at www.markbeaumontonline.com

GOR003779859
The Man Who Cycled the Americas by Mark Beaumont
Mark Beaumont
Used - Very Good
Paperback
Transworld Publishers Ltd
2012-03-29
464
055216397X
9780552163972
N/A
Book picture is for illustrative purposes only, actual binding, cover or edition may vary.
This is a used book - there is no escaping the fact it has been read by someone else and it will show signs of wear and previous use. Overall we expect it to be in very good condition, but if you are not entirely satisfied please get in touch with us.