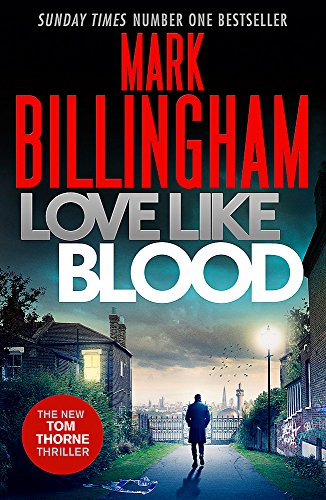 In Stock
$20.89
inc. GST
DI Tom Thorne and DI Nicola Tanner investigate a series of brutal killings in London in the year's most shocking crime novel - and the most daring work yet from number one bestseller Mark Billingham
Very Good
15 in stock

From number one bestseller Mark Billingham comes a masterful, intense crime novel that pits DI Tom Thorne against an evil beyond comprehension, yet shockingly real.

A BLOODY MESSAGE
As DI Nicola Tanner investigates what appears to be a series of organised killings, her partner Susan is brutally murdered, leaving the detective bereft, and vengeful.

A POWERFUL ALLY
Taken off the case, Tanner enlists the help of DI Tom Thorne to pursue a pair of ruthless killers and the broker handing out the deadly contracts.

A CONSPIRACY OF SILENCE
As the killers target their latest victim, Thorne takes the biggest risk of his career and is drawn into a horrifying and disturbing world in which families will do anything to protect their honour.

His [Billingham's] storylines of murders that go unseen or unrecognised are chilling and moving, and Tom Thorne is on terrific form * The Times *
Groundbreaking ... a gripping, unsensational take on a type of crime that is happening more frequently than many of us realise * Sunday Times *
[A] sensitive topic delicately handled, with a perfectly executed and thoroughly unnerving twist at the end * The Guardian *
Irascible, irritating and indefatigable...Billingham's passionate depiction of the injustice and brutality that flow from these killings spills from every page, making this one of his most powerful crime novels, written with a fury that does both him and Thorne justice * Daily Mail *
Brilliant and unbearable * Independent *
Entertaining, thought provoking and current * West Australian *
The author's rage, combined with his skill as a crime writer, makes this a gripping and genuinely tragic story * Literary Review *
Shocking and topical, the 14th book in the Thorne series is an engaging thriller from one of Britain's best crime writers * Daily Express *
Brave, topical, important and as uncomfortable to read as it is impossible not to * Heat *
Want something to get the heart racing as you laze by the pool?...A thrilling read not for the faint-hearted * Sun *
Mark Billingham has always defied the usual, and his new novel is no exception . . . the plot is red hot * Globe and Mail *
A book that will leave you shaking with rage long after the thrill of the chase has faded. * Chris Brookmyre *
This is a searing story, excitingly told with several unexpected twists in the tale * Irish Independent *
Love Like Blood has a rich seam of biting wit, impeccable plotting and realistic police detail. The result is an intelligent and hugely entertaining thriller that treats its subject with sensitivity. It includes gasp-inducing moments of drama and some ingenious twists * The People *

GOR008353658
Love Like Blood by Mark Billingham
Mark Billingham
Tom Thorne Novels
Used - Very Good
Hardback
Little, Brown Book Group
2017-05-30
432
0751566888
9780751566888
N/A
Book picture is for illustrative purposes only, actual binding, cover or edition may vary.
The book has been read, but looks new. The book cover has no visible wear, and the dust jacket is included if applicable. No missing or damaged pages, no tears, possible very minimal creasing, no underlining or highlighting of text, and no writing in the margins.