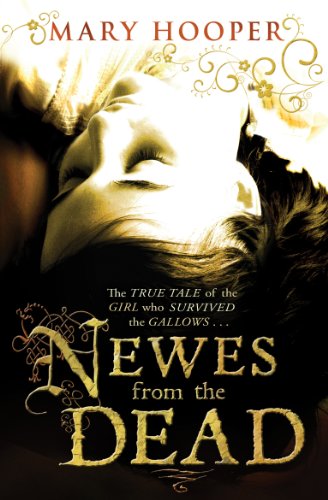 Newes from the Dead
by Mary Hooper

Used Price
$20.49
inc. GST
Free Shipping in Australia
In 1650 Anne Green, a young servant girl, gave birth prematurely to an illegitimate child. Sadly the baby died and poor Anne was falsely accused of infanticide. But as Anne's corpse lay on the table and the doctors assembled, a strange rattle was heard in her throat.
Reviews:
Trustpilot
Very Good Good

Newes from the Dead Summary

Newes from the Dead by Mary Hooper

In 1650 Anne Green, a young servant girl, gave birth prematurely to an illegitimate child. Sadly the baby died and poor Anne was falsely accused of infanticide. In front of a large crowd she was hanged and then carried to the College of Physicians to be dissected for medical science. But as Anne's corpse lay on the table and the doctors assembled, a strange rattle was heard in her throat. Could she still be alive?

Customer Reviews - Newes from the Dead

Newes from the Dead Reviews

"This true story is told with a blend of factual period detail and imaginative narrative . . . a haunting and original treatment of an historical tale" * Daily Mail *
"I really loved it . . . The beginning is excellent - it grabs you immediately and Anne's strong narrating voice compels all the way through. It's one of those books that really stays with you after you've closed it"
"It's rare to find a story that grabs you so immediately by the throat and still manages to keep you captivated until the very last page, but Mary Hooper manages this masterfully in this hypnotising tale" * The Bookseller *
"In her intriguing and captivating new book, Mary Hooper brings to vibrant life the fascinating true story of a girl who cheated the hangman's noose and lived to tell the tale"
"Newes from the Dead is totally gripping . . . it is un-put-downable"

Mary has been writing professionally for over twenty years and has published nearly eighty books for children and young people. She has written funny books, 'issue' books and spooky books, and has now settled into doing what she loves best: writing historical novels centering around real situations (The Great Plague in 1665, for example) and real people (Anne Green, who was hanged for infanticide in Oxford, 1650).

GOR009793119
Newes from the Dead by Mary Hooper
Mary Hooper
Used - Very Good
Paperback
Random House Children's Publishers UK
2014-08-04
314
1909531308
9781909531307
N/A
Book picture is for illustrative purposes only, actual binding, cover or edition may vary.
The book has been read but remains in clean condition. All pages are intact and the cover is intact. Some minor wear to the spine.