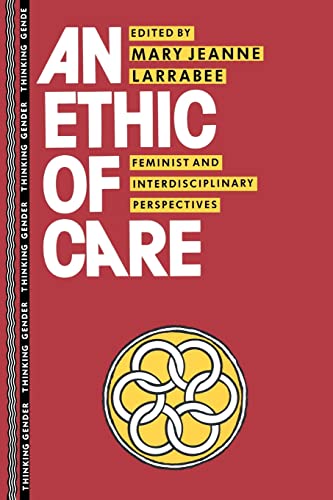 An Ethic of Care by Mary Jeanne Larrabee

A volume bringing together key contributions to the extensive debate surrounding Carol Gilligan's controversial work on gender differences in moral decision-making. It includes an essay by Gilligan herself, in response to some of her critics.

An Ethic of Care: Feminist and Interdisciplinary Perspectives by Mary Jeanne Larrabee

Published in 1982, Carol Gilligan's In a Different Voice proposed a new model of moral reasoning based on care, arguing that it better described the moral life of women. An Ethic of Care is the first volume to bring together key contributions to the extensive debate engaging Gilligan's work. It provides the highlights of the often impassioned discussion of the ethic of care, drawing on the literature of the wide range of disciplines that have entered into the debate.