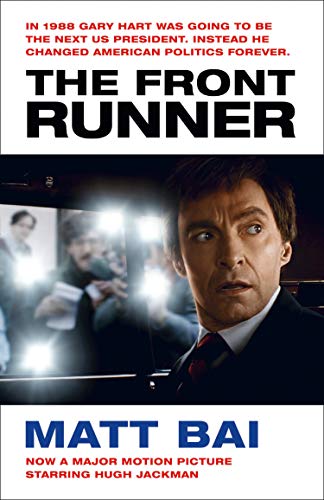 In May 1987, Colorado Senator Gary Hart seemed like a no-brainer for the Democratic party's presidential nomination. He was articulate, dashing, refreshingly progressive and led George H. W. Bush by double digits in the polls. However, he was also a deeply private man, uneasy when attention moved away from his political views to his personal life. Then, in one tumultuous week, it all came crashing down. Rumours of marital infidelity, a photo of Hart and a model snapped near a fatefully-named yacht, and a newspaper's stakeout of Hart's home resulted in a media frenzy the likes of which had never been seen before.

Through the spellbindingly reported story of the Senator's fall from grace, Matt Bai, Yahoo News columnist and former chief political correspondent for The New York Times Magazine, revisits the Gary Hart affair and unpicks how one man's tragedy forever changed the nature of political media and, by extension, politics itself. This was the moment when the paradigm shifted - private lives became public; news became entertainment; and politics became tabloid.

`In buoyant, vivid prose ... All the Truth Is Out gives the reader a visceral appreciation of how our political discourse has changed in the last two and a half decades, and how those changes reflect broader cultural and social shifts.' Michiko Kakutani, The New York Times

`A mini classic of political journalism that will restart the debate of 1987.' Jack Shafer, The New York Times Book Review

`Compelling ... Bai's superb book provokes many questions, and I gulped it down in a single sitting.' Ken Auletta, The New Yorker

`Perhaps you're one of the many millions who believe something has gone sadly wrong in politics ... If so, All The Truth Is Out is for you.' The Dallas Morning News

`Matt Bai astonishes us by delving deeply into a story and thus overturning our views about how the press should cover politics. This fascinating and deeply significant tale shows how the rules of American politics and journalism were upended for the worse by the frenzied coverage of Gary Hart's personal life. The soot still darkens our political process.' Walter Isaacson, author of Steve Jobs

`Bai doesn't just make an argument: He tells the juicy Hart story all over again, right down to the oil-stained alley in which reporters cornered the candidate and interrogated him about the blonde in his apartment. . . Bai's important call for perspective is a reminder to all of us in the press and the electorate to recognize the complexity of the human condition, whether we're casting aside candidates because they wear a funny helmet in a tank or because they once committed adultery.' Slate

`You think you know it all: Donna Rice, Monkey Business, Hart taunting the press. You don't. The combustible mix of new technology and politics was birthed in [the 1987] presidential campaign, and there was no turning back.' NPR

Matt Bai is the national political columnist for Yahoo News. For more than a decade he was a political correspondent for The New York Times Magazine, where he covered three presidential campaigns. He is the author of The Argument: Billionaires, Bloggers, and the Battle to Remake Democratic Politics, named a notable book of 2007 by The New York Times. He lives in Bethesda, Maryland.

GOR009722086
The Front Runner (All the Truth Is Out Movie Tie-in) by Matt Bai
Matt Bai
Used - Very Good
Paperback
HarperCollins Publishers
2019-01-10
288
0008333211
9780008333218
N/A
Book picture is for illustrative purposes only, actual binding, cover or edition may vary.
This is a used book - there is no escaping the fact it has been read by someone else and it will show signs of wear and previous use. Overall we expect it to be in very good condition, but if you are not entirely satisfied please get in touch with us.