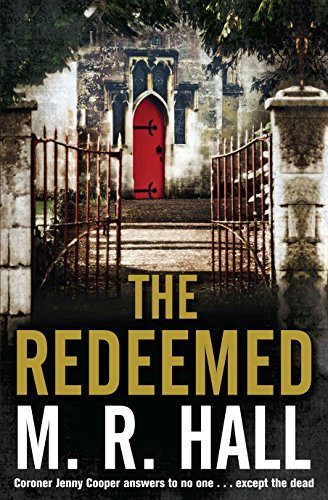 The Redeemed
by Matthew Hall

The Redeemed by Matthew Hall

A mystery from the past. A deadly secret in the present.

The body of a dead man is discovered in an overgrown cemetery in Bristol, the sign of the cross gouged into his flesh. At first it seems to coroner Jenny Cooper that all the evidence points to a horrific, if routine, suicide.

Then an enigmatic young priest, Father Lucas Starr, arrives on Jenny's doorstep, entreating her to hold an inquest into the death of Eva Donaldson, a high profile political campaigner whose past life continued to haunt her. A young man, Paul Craven, has recently been sentenced for Eva's brutal murder. But despite Craven's conviction and the evidence against him, Father Lucas is convinced of the man's innocence.

Jenny's lone quest for justice will take her to the dark heart of an establishment who wish to silence her, and on an inner journey to confront ghosts that have haunted her for a lifetime. For Jenny Cooper answers to no one but the dead . . .

GOR002586707
The Redeemed by Matthew Hall
Matthew Hall
Coroner Jenny Cooper series
Used - Very Good
Paperback
Pan Macmillan
2011-04-01
416
0230711413
9780230711419
N/A
Book picture is for illustrative purposes only, actual binding, cover or edition may vary.
This is a used book - there is no escaping the fact it has been read by someone else and it will show signs of wear and previous use. Overall we expect it to be in very good condition, but if you are not entirely satisfied please get in touch with us.