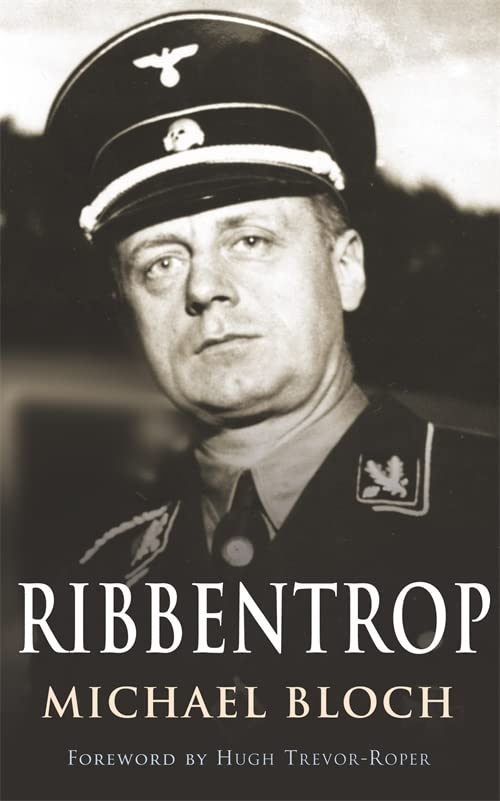 Hailed in turns as 'excellent', 'intelligent', 'scrupulously fair', 'remarkable', 'impressive', and 'definitive', this superb book, by one of the pre-eminent writers of his generation, focuses on the life of Joachim von Ribbentrop, Hitler's Foreign Minister from 1938 until the end of the Third Reich. At the heart of German power during the war, this strange, sinister and intriguing character was violently anti-British, and encouraged Hitler in a policy that led to war with Great Britain. His grandiose attempts at alliance-building produced a disastrous military coalition with Italy and Japan, and the infamous Pact with the Soviet Union. It was a career that would end on the gallows at Nuremberg, where he headed the death procession.

RIBBENTROP is an excellent biography: intelligent, scrupulously fair and a remarkable picture of a man who was spiritually barren * Philip Zeigler *
Bloch's alert and highly readable style is equally at ease in world diplomacy as in the in-fighting between various Nazi government departments * LITERARY REVIEW *
Bloch's masterful biography vividly outlines the story of how a likeable opportunist became one of the most despicable figures of the 20th century. * GLASGOW HERALD *
This outstanding biography, vividly written, tells a riveting story: of the life of a sinister character...Bloch has plumbed the depths of his career with great skill. * GOOD BOOK GUIDE *

Michael Bloch was born in 1953 and trained for the law. From 1979 he assisted Maitre Suzanne Blum, the Parisian lawyer of the Duke and Duchess of Windsor. He is the author of several books on the Windsors as well as other acclaimed works of non-fiction.

GOR001410351
Ribbentrop by Michael Bloch
Michael Bloch
Used - Very Good
Paperback
Little, Brown Book Group
2003-02-06
576
034911515X
9780349115153
N/A
Book picture is for illustrative purposes only, actual binding, cover or edition may vary.
This is a used book - there is no escaping the fact it has been read by someone else and it will show signs of wear and previous use. Overall we expect it to be in very good condition, but if you are not entirely satisfied please get in touch with us.