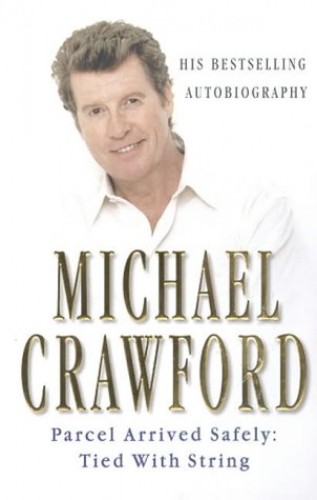 In Stock
$14.49
inc. GST
Both in his private life and his work as a successful actor and TV comedian, he begins a lifetime's habit of pratfalls that he would later turn to good use in the character of Frank Spencer in smash hit 1970s TV comedy show Some Mothers Do`Ave 'Em.
Very Good
6 in stock

By turns hilarious, revelatory and desperately sad, here is the autobiography of the man whose TV and stage appearances such as Hello Dolly!, Some Mothers Do `Ave 'Em and The Phantom of the Opera have made him a national institution. The story of the true identity of his father, which is behind this book's title, leads into an evocative depiction of his tender childhood years. Whilst all the men were away at war, Crawford was surrounded by loving women. For him this was an idyllic wartime childhood, but the return of the men in peacetime signalled darker times to come. Crawford's infectious enjoyment of stage work illumines his account of his early struggles to make a name for himself in the theatre business, and his early failures with girls are lifted by his abiding sense of the absurd. Both in his private life and his work as a successful actor and TV comedian, he begins a lifetime's habit of pratfalls that he would later turn to good use in the character of Frank Spencer in smash hit 1970s TV comedy show Some Mothers Do`Ave 'Em. His talent for mimicry makes the great personalities in his life come alive on the page; people he has worked with, including Benjamin Britten who taught him to sing, John Lennon - with whom he shared a villa - and Oliver Reed, Michael Winner, Barbra Steisand, Gene Kelly and Frank Sinatra.

"Compelling" * Daily Mail *
"Entertaining... Crawford whips up the merriment from the wings" * Mail on Sunday *
"Refreshingly candid" * Express on Sunday *

Crawford began his professional career as a boy soprano in Benjamin Britten's Let's Make An Opera. He became the popular star of Not So Much a Programme, More a Way of Life and starred in The Knack. He juggled film and stage careers, appearances including Hello Dolly!, the long-running comedy No Sex Please - We're British and the 70s TV comedy Some Mothers Do 'Ave 'Em - which is still running around the world. He starred in, among many other things, the John Barry hit musical Billy, the 1981 hit Broadway musical Barnum and the widely acclaimed Phantom of the Opera. More recently, he appeared in Andrew Lloyd Webber's The Woman in White in London's West End. His solo recording career began in 1992 and his three albums have all been huge runaway successes earning him gold and platinum discs. He has been awarded many honours including the OBE.

GOR001987292
Parcel Arrived Safely: Tied with String by Michael Crawford
Michael Crawford
Used - Very Good
Paperback
Cornerstone
2000-09-01
448
0099406411
9780099406419
N/A
Book picture is for illustrative purposes only, actual binding, cover or edition may vary.
This is a used book - there is no escaping the fact it has been read by someone else and it will show signs of wear and previous use. Overall we expect it to be in very good condition, but if you are not entirely satisfied please get in touch with us.