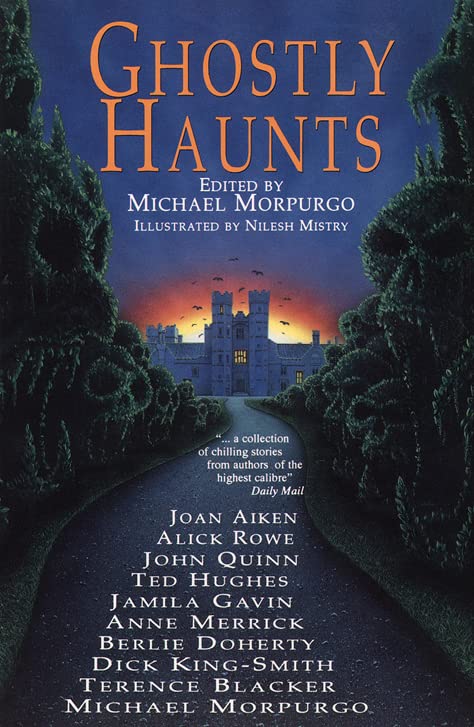 A haunting collection of original stories, commissioned to celebrate the centenary of the National Trust. Each brilliant ghost story features real places and eerily captures the atmosphere and history surrounding them.

`...a collection of chilling stories from authors of the highest calibre.'
Daily Mail

`Michael Morpurgo has persuaded ten contemporary children's authors to produce an attractive cariety of ghosts hallmarked by the National Trust.'
The Times

GOR002821559
Ghostly Haunts by Michael Morpurgo
Michael Morpurgo
Used - Very Good
Paperback
HarperCollins Publishers
1995-10-09
222
0006751164
9780006751168
N/A
Book picture is for illustrative purposes only, actual binding, cover or edition may vary.
This is a used book - there is no escaping the fact it has been read by someone else and it will show signs of wear and previous use. Overall we expect it to be in very good condition, but if you are not entirely satisfied please get in touch with us.