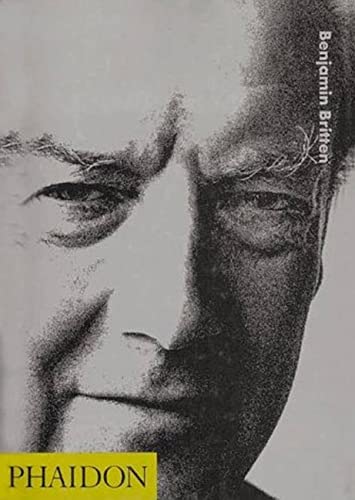 Used Price
$30.99
inc. GST
Free Shipping in Australia
A portrait of the life and work of Benjamin Britten.
Very Good

Benjamin Britten (1913-76) was the greatest English composer of his time, and the first of his generation to enjoy a wide international reputation. With the great success of Peter Grimes (1945), he effectively re-invented English opera and was a pioneer of music for film and radio. His monumental War Requiem reached a wider audience than any other choral work of the century. In this masterly biography, the author creates a portrait of a great artist, exploring his wide-ranging compositions in detail and discussing the many contradictions that pervaded Britten's fascinating life and career.

'Enthusiastically recommended.' (Library Journal) 'Finely balanced and beautifully written.' (Opera) 'Masterfully written. A highly recommended book.' (Scenaria) 'Michael Oliver's Phaidon volume on Britten is one of the best in the series to date. The only regret, says Michael Tanner, is that the book isn't longer.' (Classic CD) 'As a series, Phaidon's 20th Century Composers has brought remarkable variety and a welter of information, both necessary and delightfully trivial. Intended both for the general reader and for the more enthusiatically musical...' (The Scotsman)

Michael Oliver is well known as a writer and broadcaster, having written and compiled numerous programmes for BBC Radio 3 and written regularly for Gramophone and other magazines for over 20 years. He is also the author of Igor Stravinsky in the 20th-Century Composers series.

A time there was; striking out on a path of his own; reputation growing steadily; inclined to speak of Europe in the past tense; I am native, rooted here: too much success; the big chariot; my subject is war, and the pity of war; aschenbach; classified list of works.

GOR004552743
Benjamin Britten by Michael Oliver
Michael Oliver
Used - Very Good
Paperback
Phaidon Press Ltd
1996-09-25
240
0714832774
9780714832777
N/A
Book picture is for illustrative purposes only, actual binding, cover or edition may vary.
This is a used book - there is no escaping the fact it has been read by someone else and it will show signs of wear and previous use. Overall we expect it to be in very good condition, but if you are not entirely satisfied please get in touch with us.