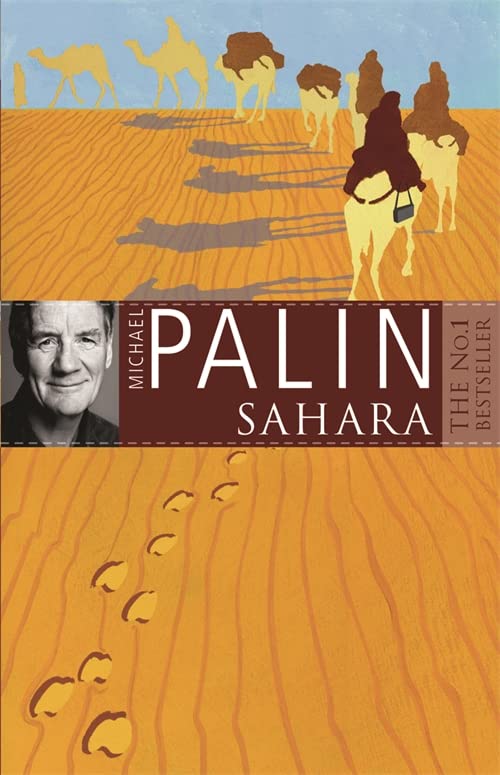 Michael Palin's superb No. 1 bestseller about his incredible voyage across the Sahara.

Michael Palin's superb No. 1 bestseller about his incredible voyage across the Sahara.

Michael Palin's epic voyages have seen him circumnavigate the globe, travel from the North to the South Pole and circle the countries of the Pacific Ocean, but this was perhaps the greatest challenge yet: to cross the vast and merciless Sahara desert.

As the journey unfolds, the Sahara reveals not the emptiness of endless sand dunes, but a huge and diverse range of cultures and landscapes and a long history of commerce and conquest stretching from the time of the ancient Egyptians to the oil-rich Islamic republics of today.

On his way, he encounters dangers such as camel stew, being run over by the Paris-Dakar rally and Dakar nightlife, as well as returning to the original spot where THE LIFE OF BRIAN was filmed.

'One of the most fascinating aspects of his account is the range of cultures that have left their mark on the area, from Roman amphitheatres to enormous natural gas pipelines, and from mud-brick mosques to French railway stations. Palin's brisk, wry narrative also includes stunning photographs by Basil Pao.' THE SUNDAY TIMES (5/10/03) 'Entertaining account of Michael Palin's journey across the Sahara that ties in with the TV series'. WOMAN & HOME (October 2003) '... an epic voyage that uncovers a surprisingly large and diverse range of cultures and memerising landscapes... Sahara is a witty insight into this fascinating region. The sardonic humour of his Monty Python days stays with him throughout the trip and helps to provide a refreshingly alternative view of this alluring part of the world. If you've enjoyed Palin's other books you'll love this. And if you haven't, make Sahara your first introduction to his writing.' GLOBAL ADVENTURE (October 2003)

Michael Palin established his reputation with MONTY PYTHON'S FLYING CIRCUS and RIPPING YARNS. His work also includes several films with Monty Python, as well as THE MISSIONARY, A PRIVATE FUNCTION, an award-winning performance as the hapless Ken in A FISH CALLED WANDA and, more recently, AMERICAN FRIENDS and FIERCE CREATURES. His television credits include two films for the BBC's GREAT RAILWAY JOURNEYS, the plays EAST OF IPSWICH and NUMBER 27, and Alan Bleasdale's GBH. He has written books to accompany his six very successful travel series, AROUND THE WORLD IN 80 DAYS, POLE TO POLE, FULL CIRCLE, HEMINGWAY ADVENTURE, SAHARA and HIMALAYA. He is also the author of a number of children's stories, the play THE WEEKEND and the novel HEMINGWAY'S CHAIR.

GOR003114601
9780753817391
075381739X
Sahara by Michael Palin
Michael Palin
Used - Very Good
Paperback
Orion Publishing Co
2003-09-18
272
Winner of British Book Awards Illustrated Book of the Year 2002
Book picture is for illustrative purposes only, actual binding, cover or edition may vary.
This is a used book - there is no escaping the fact it has been read by someone else and it will show signs of wear and previous use. Overall we expect it to be in very good condition, but if you are not entirely satisfied please get in touch with us
Trustpilot