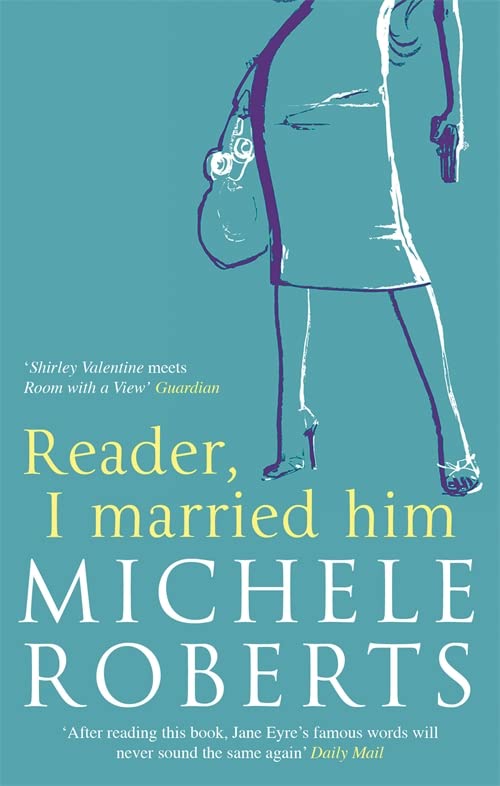 Reader, I Married Him by Michele Roberts

More famous for her sensuous novels, Michele Roberts now writes a short, sharp and witty novel in the spirit of Muriel Spark. 'A triumphant tour de force' Time Out

Reader, I Married Him by Michele Roberts

Who is Aurora? Every time she becomes a new Mrs (three times when we last counted) she becomes a new woman. Her stepmother thinks Aurora is impractical, romantic and dreamy. The fact that she gets married so often only goes to prove it. 'Every woman owes it to herself to get married once, but you don't have to make a habit of it.'

'Aurora, given the chance to be true to herself, rather than to her trio of husbands, turns out to be a world-class minx. After Hugh's funeral, she goes to Italy to visit her old radical-feminist friend, Leonora, now the abbess of the Brigandine convent in Padenza. True to the tradition of convent-educated girls in fiction, Aurora flings herself into a voluptuous life of lunches and lovers. Chiselled phrasing and dancing plot . . . a sizzling firework display of a book' Sunday Times.

Chiselled phrasing and dancing plot. . . A sizzling firework display of a book * Sunday Times 'A deliciously black and breezy affair, the perfect antidote to dull winter days. The scenario is that of a standard romance. . . but don't be deceived: Michele Roberts has written something altogether darker and wittier. After reading this *
Mail 'A triumphant tour de force * Time Out'Michele Roberts is on sparkling form with her ludic 11th novel. Roberts has constructed a fantastical Italian city, a capriccio of the sort beloved of Italian artists of the Renaissance, and makes the setting half realistic - imbued with the smel *
Financial Times * 'With her sudden offbeat collisions between reality and fantasy, Robert's sensibility is reminiscent of Jeanette Winterson's, though undeniable shades of Muriel Spark prevail, of the writer fully in control of her measured, ironic tone, however much her n *
Guardian * 'Conundrums and their answers bombard the reader like a shower of carnival confetti in a novel whose characters resemble the cast of a modern-day commedia dell'arte. The real pleasure of Roberts's writing lies. . . in the unfailing sensuality of her descr *
Half-English/half-French, Michele Roberts was born in 1949. DAUGHTERS OF THE HOUSE (1992) was shortlisted for the Booker Prize and won the W.H. Smith Literary Award. She has just been appointed Professor of Creative Writing at UEA.
GOR003052128
9781860499982
1860499988
Reader, I Married Him by Michele Roberts
Michele Roberts
Used - Very Good
Paperback
Little, Brown Book Group
2006-01-19
240
N/A
Book picture is for illustrative purposes only, actual binding, cover or edition may vary.
This is a used book - there is no escaping the fact it has been read by someone else and it will show signs of wear and previous use. Overall we expect it to be in very good condition, but if you are not entirely satisfied please get in touch with us
Trustpilot