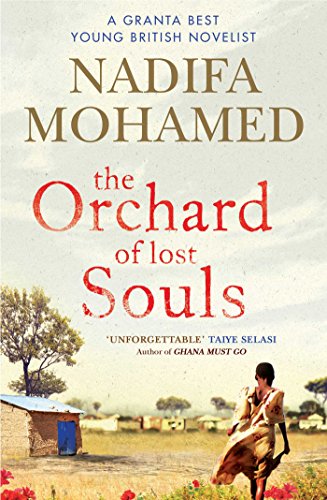 The Orchard of Lost Souls
by Nadifa Mohamed

The Orchard of Lost Souls Summary

The Orchard of Lost Souls by Nadifa Mohamed

It is 1988 and Hargeisa waits. Whispers of revolution travel on the dry winds but still the dictatorship remains secure. Soon, and through the eyes of three women, we will see Somalia fall.

Nine-year-old Deqo has left the vast refugee camp she was born in, lured to the city by the promise of her first pair of shoes. Kawsar, a solitary widow, is trapped in her little house with its garden clawed from the desert, confined to her bed after a savage beating in the local police station. Filsan, a young female soldier, has moved from Mogadishu to suppress the rebellion growing in the north.

And as the country is unravelled by a civil war that will shock the world, the fates of the three women are twisted irrevocably together. Intimate, frank, brimming with beauty and fierce love, The Orchard of Lost Soulsis an unforgettable account of ordinary lives lived in extraordinary times.

Nadifa Mohamed was born in Hargeisa in 1981 while Somalia was falling deeper into dictatorship. In 1986 she moved to London with her family in what she thought was a temporary move but a couple of years later it became permanent as war broke out in Somalia. She was educated in London and went to Oxford to study History and Politics and she finally returned to Hargeisa, now in the new Republic of Somaliland, in 2008. She lives in London and is currently working on her third novel.

GOR009309775
The Orchard of Lost Souls by Nadifa Mohamed
Nadifa Mohamed
Used - Like New
Paperback
Simon & Schuster Ltd
2014-07-17
352
1471115305
9781471115301
Joint winner of Somerset Maugham Award 2014
Book picture is for illustrative purposes only, actual binding, cover or edition may vary.
The book has been read, but looks new. The book cover has no visible wear, and the dust jacket is included if applicable. No missing or damaged pages, no tears, possible very minimal creasing, no underlining or highlighting of text, and no writing in the margins.