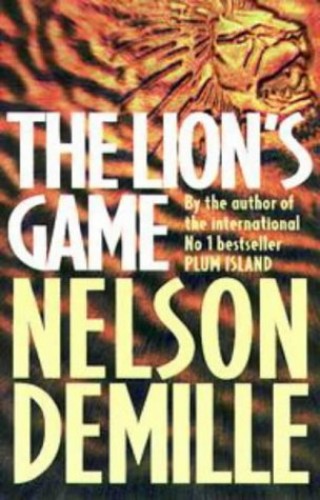 The Lion's Game
by Nelson DeMille

Out of Stock
$15.99
inc. GST
International no.1 bestselling novelist's taut, fast-paced and witty thriller about the hunt for an Arab assassin bent on revenge.
Very Good
Only 0 left

The Lion's Game: Number 2 in series by Nelson DeMille

April 1986 : American F - 111 warplanes bomb the Al Azziyah compound in Libya where President Gadhafi is residing. A 16-year-old youth, Asad - Arabic for 'lion ' - loses his mother, two brothers and two sisters in the raid. Asad sees himself as chosen to avenge not only his family but his nation, his religion and the Great Leader - Gadhafi. An eye for an eye, a tooth for a tooth.

Twelve years later, Asad arrives in New York City, intent on killing all five surviing pilots across America who participated in the bombing , one by one. John Corey - from the international bestseller PLUM ISLAND - is no longer with the NYPD and is working for the Anti-Terrorist Task Force. He has to stop Asad's revenge killings. But first he has to find him.

A thrillingly entertaining read from a master storyteller.

As usual, DeMille artfully constructs a compulsively readable thriller around a troubling storyline, slowly developing his villain from a faceless entity into a nation's all-too-human nemesis. * PUBLISHERS WEEKLY *

Nelson DeMille is one of America's most popular and bestselling authors, and a new book from him is a keenly awaited event. A former US Army lieutenant who served in Vietnam, he is the author of nine acclaimed novels. He lives in Long Island, New York.

GOR001859814
The Lion's Game: Number 2 in series by Nelson DeMille
Nelson DeMille
Used - Very Good
Paperback
Little, Brown & Company
2000-01-06
704
0316848123
9780316848121
N/A
Book picture is for illustrative purposes only, actual binding, cover or edition may vary.
This is a used book - there is no escaping the fact it has been read by someone else and it will show signs of wear and previous use. Overall we expect it to be in very good condition, but if you are not entirely satisfied please get in touch with us.