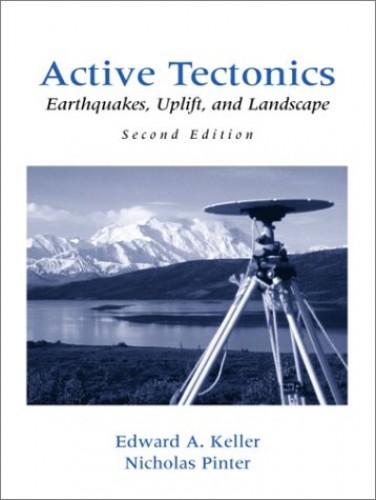 In Stock
$31.99
inc. GST
A study of active tectonics (earthquakes in the present and recent past), this text thoroughly explores the effects of earthquakes and active tectonic systems on humans, geomorphic systems, and the Earth's topography. Case studies and pedagogical aids are included.
Well Read
Only 1 left

This text is appropriate for beginning undergraduate courses in active tectonics, geomorphology and natural hazards taught in either geology or geography departments. This text may also be of interest to city planners, seismic engineers, and other non-geologists.

Through lucid, carefully organized exposition, this text makes the study of active tectonics (earthquakes in the present and recent past) easily understandable. Extremely current throughout, this text thoroughly explores the effects of earthquakes and active tectonic systems on humans, geomorphic systems, and Earth's topography. The text is complete with numerous case studies in a variety of regions, the very latest advances in the field, separate quantitative techniques boxed sections, and a host of pedagogical aids.

(NOTE: Each chapter concludes with Summary and References Cited.)

GOR010574409
Active Tectonics: Earthquakes, Uplift, and Landscape by Nicholas Pinter
Nicholas Pinter
Used - Well Read
Paperback
Pearson Education (US)
2001-10-12
384
0130882305
9780130882301
N/A
Book picture is for illustrative purposes only, actual binding, cover or edition may vary.
This is a used book. We do our best to provide good quality books for you to read, but there is no escaping the fact that it has been owned and read by someone else previously. Therefore it will show signs of wear and may be an ex library book.