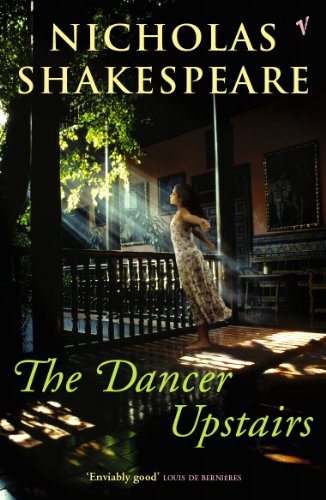 The Dancer Upstairs
by Nicholas Shakespeare

In Stock
$12.49
+10% GST
This novel explores one of the most astonishing stories in the whole history of twentieth century terrorism. The Dancer Upstairs is a story reminiscent of Graham Greene and John le Carre - tense, intricate and heartbreaking.
Very Good
7 in stock

The Dancer Upstairs by Nicholas Shakespeare

This novel explores one of the most astonishing stories in the whole history of twentieth century terrorism. Colonel Rejas was the policeman charged with the task of capturing the Peruvian guerrilla leader Ezequiel, but having been dismissed he finds the burden of silence and secrecy too heavy. On meeting Dyer, a foreign correspondent, he is moved to relate the tortuous progress of the manhunt for the first time. The Dancer Upstairs is a story reminiscent of Graham Greene and John le Carre - tense, intricate and heartbreaking.

"Shakespeare is interested in grand themes: love, vocation, politics and the corrupting power of moral and ideological absolutes... The Dancer Upstairs will be enjoyed by any kind of reader... It is enviably good, a genuinely fine novel from a writer who possesses real heart and flair" -- Louis de Bernieres * Sunday Times *
"Almost steams with the author's understanding of South America and yet is somehow poetic and tender" * Observer *
"Will count among the best work being produced by the present generation of British writers" * Independent on Sunday *
"As cracking a story as any yarn, as informed as any journalism, and delivered with firmness and urgency" * The Times *
"In addition to being a satisfyingly rich tale or romance this is a highly intelligent examination of Peruvian - and South American - reality... Funny and devastating... I was riveted by this superb novel" * New Statesman *

GOR002014003
The Dancer Upstairs by Nicholas Shakespeare
Nicholas Shakespeare
Used - Very Good
Paperback
Vintage Publishing
2004-12-31
256
0099466562
9780099466567
N/A
Book picture is for illustrative purposes only, actual binding, cover or edition may vary.
This is a used book - there is no escaping the fact it has been read by someone else and it will show signs of wear and previous use. Overall we expect it to be in very good condition, but if you are not entirely satisfied please get in touch with us.