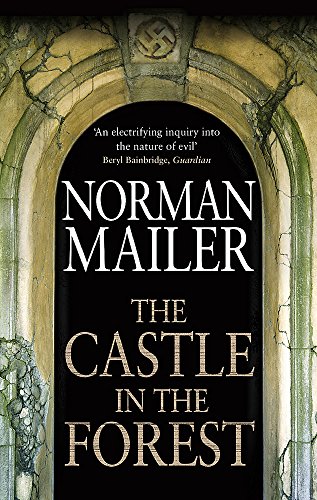 The Castle In The Forest
by Norman Mailer

Out of Stock
$14.99
inc. GST
A bold and darkly funny novel about the family and early life of Adolf Hitler.
Very Good
Only 0 left

The Castle In The Forest Summary

The Castle In The Forest by Norman Mailer

Who was Adolf Hitler? It's a question writers have been trying to answer for more than sixty years. But after thousands of biographies, histories, novels, and films, many fundamental questions remain: How do we explain Hitler's hatred? Where did it come from? Could it happen again?

Norman Mailer sets out to respond to these and other crucial aspects of Hitler's personality in his compulsively readable new novel. Spanning three generations, and a hundred years of history, the book brings to life the Hitlers - grandparents, parents, aunts, uncles, siblings, and, ultimately, young Adolf - in an energetic and wildly entertaining family saga. Mailer recounts the marriages, incestuous couplings, estrangements, afflictions, and deaths that lead to the birth of young Adolf in 1889. Told in the voice of a mysterious (and unreliable) narrator, this playful yet profound novel blends fact and fiction in a stirring family tale that will cause the reader to re-examine his preconceived ideas about Hitler and the nature of his evil.

The Castle In The Forest Reviews

Mailer did Jesus in THE GOSPEL ACCORDING TO THE SON; now he plumbs the psyche of history's most demonic figure in this chilling fictional chronicle of Hitler's boyhood ... a somber, compelling portrait of a monstrous soul * PUBLISHER'S WEEKLY Starred review *
The premise would be intriguing whoever the author, but with Mailer at the helm it promises to be enthralling * HERALD Books for 2007 *
Fearless and fanciful * OBSERVER Books for 2007 *
Mailer has become a contemporary figure of myth, a great American icon who is venerated and reviled but impossible to ignore * OBSERVER *

Norman Mailer published his first book,THE NAKED AND THE DEAD, in 1948. THE ARMIES OF THE NIGHT won the National Book Award and the Pulitzer Prize in 1969; Mailer received another Pulitzer in 1980 for THE EXECUTIONER'S SONG. He has written thirty books.

GOR001006116
The Castle In The Forest by Norman Mailer
Norman Mailer
Used - Very Good
Paperback
Little, Brown Book Group
2007-11-19
496
0349120285
9780349120287
Winner of Bad Sex in Fiction Award 2007
Book picture is for illustrative purposes only, actual binding, cover or edition may vary.
This is a used book - there is no escaping the fact it has been read by someone else and it will show signs of wear and previous use. Overall we expect it to be in very good condition, but if you are not entirely satisfied please get in touch with us.