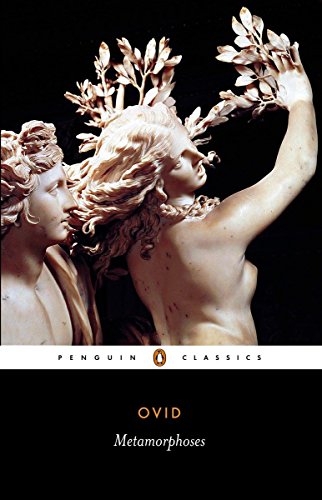 In Stock
$20.49
inc. GST
Ovid's witty and exuberant epic starts with the creation of the world and brings together a series of ingeniously linked Greek and Roman myths and legends in which men and women are transformed, often by love - into flowers, trees, stones and stars.
Very Good Well Read
Only 2 left

'Still remarkably vivid. It is easier to read this for pure pleasure than just about any other ancient text' Nicholas Lezard, Guardian

Ovid's sensuous and witty poem begins with the creation of the world and brings together a dazzling array of mythological tales, ingeniously linked by the idea of transformation - often as a result of love or lust - where men and women find themselves magically changed into extraordinary new beings. Including the well-known stories of Daedalus and Icarus, Pyramus and Thisbe, Pygmalion, Perseus and Andromeda, and the fall of Troy, the Metamorphoses has influenced writers and artists from Shakespeare and Chaucer to Picasso and Ted Hughes. This translation by David Raeburn is in hexameter verse, which brilliantly captures the energy and spontaneity of the original.

Translated by DAVID RAEBURN with an Introduction by DENIS FEENEY

DAVID RAEBURN is a lecturer in Classics at Oxford. He has translated Sophocles & directed numerous school/ university productions of Greek tragedies. DENIS FEENEY is Professor of Classics at Princeton. RICHARD ASHDOWNE is in the Department of Comparative Philology, Linguisits and Phonetics, Oxford.

GOR001507032
Metamorphoses by Ovid
Ovid
Used - Very Good
Paperback
Penguin Books Ltd
2003-11-29
768
014044789X
9780140447897
N/A
Book picture is for illustrative purposes only, actual binding, cover or edition may vary.
This is a used book - there is no escaping the fact it has been read by someone else and it will show signs of wear and previous use. Overall we expect it to be in very good condition, but if you are not entirely satisfied please get in touch with us.