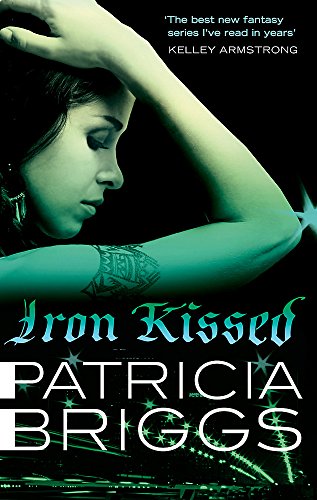 Out of Stock
$20.49
inc. GST
The third in the high-tension supernatural series that is taking the US by storm.
Very Good
Only 0 left

The third novel in the international No. 1 bestselling Mercy Thompson series - the major urban fantasy hit of the decade

'I love these books!' Charlaine Harris

It wasn't hard to follow the scent of blood to the living room where the fae had been killed. It had been a violent death, perfect for creating ghosts.

Mercy Thompson enjoys life as a mechanic, but life is never simple given her increasing closeness to the local werewolf pack, and her ability to change into coyote form at will. And when a member of the fae community calls in a favour, needing her skills for a covert murder investigation, she jumps into the hunt.

But the dangers multiply and she clashes with shadowed creatures of great power. When her old boss Zee is charged with a brutal assassination, Mercy find herself fighting alone. There are those who love her, who would keep her safe, but she is wary and holds her freedom precious. Until, that is, she has nothing left to lose but her life . . .

'Plenty of twists and turns . . . Kept me entertained from its deceptively innocent beginning to its can't-put-it-down end' Kim Harrison, bestselling author of Dead Witch Walking

'I enjoyed every minute of it. I love Mercy and can't wait for her to kick some more ass' Lilith Saintcrow

Shifting Shadows (Stories from the world of Mercy Thompson)

Patricia Briggs graduated from Montana State University with degrees in history and German. She worked for a while as a substitute teacher but now writes full time. Patricia Briggs lives in the Pacific Northwest.

GOR003028681
Iron Kissed: Mercy Thompson: Book 3 by Patricia Briggs
Patricia Briggs
Mercy Thompson
Used - Very Good
Paperback
Little, Brown Book Group
2011-06-02
336
0356500608
9780356500607
N/A
Book picture is for illustrative purposes only, actual binding, cover or edition may vary.
This is a used book - there is no escaping the fact it has been read by someone else and it will show signs of wear and previous use. Overall we expect it to be in very good condition, but if you are not entirely satisfied please get in touch with us.