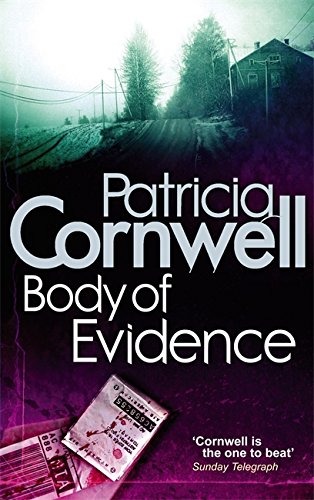 Body Of Evidence
by Patricia Cornwell

Body Of Evidence by Patricia Cornwell

The second book in the Kay Scarpetta series, from No. 1 bestselling author Patricia Cornwell.

A reclusive writer is dead. And her final manuscript has disappeared ...
Someone is stalking Beryl Madison. Someone who spies on her and makes threatening, obscene phone-calls. Terrified, Beryl flees to Key West - but eventually she must return to her Richmond home. The very night she arrives, Beryl inexplicably invites her killer in ...
Thus begins for Dr Kay Scarpetta the investigation of a crime that is as convoluted as it is bizarre. Why would Beryl open the door to someone who brutally slashed and then nearly decapitated her? Did she know her killer? Adding to the intrigue is Beryl's enigmatic relationship with a prize-winning author and the disappearance of her own manuscript. As Scarpetta retraces Beryl's footsteps, an investigation that begins in the laboratory with microscopes and lasers leads her deep into a nightmare that soon becomes her own.
For more about Patricia Cornwell and her books visit her website at
www.patricia-cornwell.com

GOR009879862
Body Of Evidence by Patricia Cornwell
Patricia Cornwell
Kay Scarpetta
Used - Like New
Paperback
Little, Brown Book Group
2011-01-13
416
0751544434
9780751544435
N/A
Book picture is for illustrative purposes only, actual binding, cover or edition may vary.
The book has been read, but looks new. The book cover has no visible wear, and the dust jacket is included if applicable. No missing or damaged pages, no tears, possible very minimal creasing, no underlining or highlighting of text, and no writing in the margins.