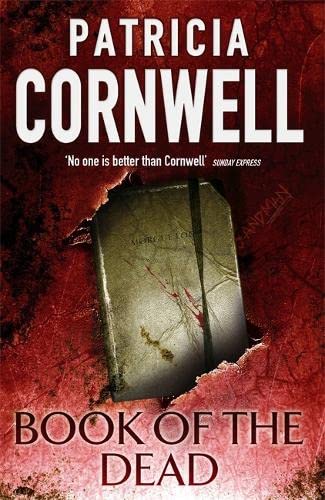 The 'book of the dead' is the morgue log, the ledger in which all cases are entered by hand. For Kay Scarpetta, however, it is about to have a new meaning. Fresh from her bruising battle with a psychopath in Florida, Scarpetta decides it's time for a change of pace. Moving to the historic city of Charleston, South Carolina, she opens a unique private forensic pathology practice, one in which she and her colleagues offer expert crime scene investigation and autopsies to communities lacking local access to competent death investigation and modern technology. It seems like an ideal situation, until the murders and other violent deaths begin. A woman is ritualistically murdered in her multi-million-dollar beach home. The body of an abused young boy is found dumped in a desolate marsh. A sixteen-year-old tennis star is found nude and mutilated near Piazza Navona in Rome. Scarpetta has dealt with many brutal and unusual crimes before, but never a string of them as baffling, or as terrifying, as the ones before her now. Before she is through, that book of the dead will contain many names - and the pen may be poised to write her own.
Classic Cornwell territory with...a sharp political element that will ensure the book isn't on George Bush's bedside table * Daily Express *
Serving up an Ace....Cornwell is firmly back on the money here. * Daily Mirror *
Patricia Cornwell is the queen of gritty, grisly, crime fiction writing and her latest offering doesn't disappoint. Book of the Dead will keep you gripped throughout * Heat *
"The reason we read novels about the forensic investigation of crime is not artistic decorum but a fascination with how things work. This is what Cornwell has always provided, and it is an area in which she does not disappoint." Times Literary Supplement * `Hannibal Lecter, eat your liver out. Tersely written, elaborately plotted and crammed with research, Cornwell's writing has always been hard-boiled - but this one would crack a paving stone if dropped.' *

GOR000277742
Book Of The Dead by Patricia Cornwell
Patricia Cornwell
Kay Scarpetta
Used - Very Good
Hardback
Little, Brown & Company
2006-10-07
400
0316724238
9780316724234
Winner of Galaxy Book Awards 2008 (UK)
Book picture is for illustrative purposes only, actual binding, cover or edition may vary.
This is a used book - there is no escaping the fact it has been read by someone else and it will show signs of wear and previous use. Overall we expect it to be in very good condition, but if you are not entirely satisfied please get in touch with us.
Trustpilot