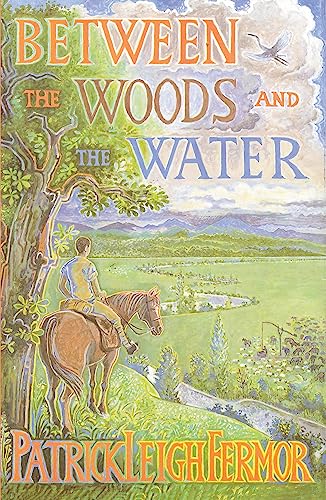 Between the Woods and the Water
by Patrick Leigh Fermor

In Stock
$17.99
inc. GST
The second great Patrick Leigh Fermor classic - and the sequel to A Time of Gifts - reissued in paperback with an Introduction by Jan Morris
Like New Very Good Good Well Read
Only 1 left

Between the Woods and the Water Summary

Between the Woods and the Water: On Foot to Constantinople from the Hook of Holland: The Middle Danube to the Iron Gates by Patrick Leigh Fermor

The acclaimed travel writer's youthful journey - as an 18-year-old - across 1930s Europe by foot began in A Time of Gifts, which covered the author's exacting journey from the Lowlands as far as Hungary.

Picking up from the very spot on a bridge across the Danube where his readers last saw him, we travel on with him across the great Hungarian Plain on horseback, and over the Romanian border to Transylvania.

The trip was an exploration of a continent which was already showing signs of the holocaust which was to come. Although frequently praised for his lyrical writing, Fermor's account also provides a coherent understanding of the dramatic events then unfolding in Middle Europe. But the delight remains in travelling with him in his picaresque journey past remote castles, mountain villages, monasteries and towering ranges.

The concluding part of the trilogy was published in September 2013 as The Broken Road.

Between the Woods and the Water Reviews

Between the Woods and the Water is a book so good your resent finishing it. * Sunday Times *
'The finest travelling companion we could ever have... His head is stocked with cultural lore and poetic fancy to make every league an adventure.' Christopher Hudson * Evening Standard *
As full of zest, joy and delight as its predecessor * Country Life *
He is exploring the very furthest boundaries of the genre. * Jan Morris, The Times *
The most enjoyable living writer to be published this year * Peter Levi, The Spectator *
I have never enjoyed a travel book more and I would doubt if I will ever enjoy one so much again * Robin Lane Fox *
Rightly considered to be among the most beautiful travel books in the language * Independent *
Bringing the landscape alive as no other writer can, he uses his profound and eclectic understanding of cultures and peoples ... to paint vivid pictures - nobody has illuminated the geography of Europe better * Geographical Magazine *
John Murray is doing the decent thing and reissuing all of Leigh Fermor's main books ... But what else would you expect from a publisher whose commitment to geography is such that for more than two centuries it has widened our understanding of the world? * Geographical Magazine *
'For a spirited introduction [to the Balkans] try Patrick Leigh Fermor's account of a 1930s walk from Hungary to Romania and Bulgaria...rich in local history and a formative book in the rise of modern travel writing' - David Mattin * The Times *

GOR008765536
Between the Woods and the Water: On Foot to Constantinople from the Hook of Holland: The Middle Danube to the Iron Gates by Patrick Leigh Fermor
Patrick Leigh Fermor
Used - Like New
Paperback
Hodder & Stoughton General Division
2004-04-08
256
0719566967
9780719566967
Winner of Thomas Cook Travel Book Award 1987
Book picture is for illustrative purposes only, actual binding, cover or edition may vary.
The book has been read, but looks new. The book cover has no visible wear, and the dust jacket is included if applicable. No missing or damaged pages, no tears, possible very minimal creasing, no underlining or highlighting of text, and no writing in the margins.