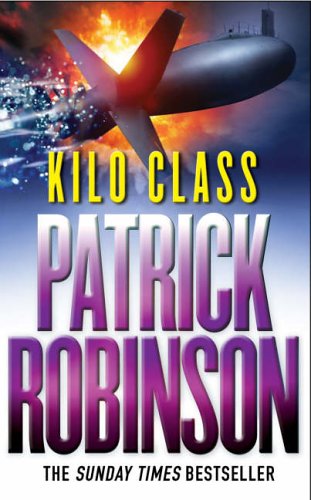 In Stock
$14.49
inc. GST
Silent and undetectable, the Russian-built Kilo-Class submarine is the only true enemy of the American Carrier Battle Groups -- and it is up for sale.
Very Good Good
7 in stock

Silent and undetectable, the Russian-built Kilo-Class submarine is the only true enemy of the American Carrier Battle Groups -- and it is up for sale. Having ordered ten from Russia, who are in dire need of foreign currency, China primes its first three, ready to take control of the Taiwan Strait. Desperate to safeguard its ally on China's doorstep and stop the arrival of the Kilo-Class subs, America launches itself into a secret war, led by the President's National Security Advisor, Admiral Arnold Morgan. As the battle over peace, power and money is played out in the icy depths of the world's oceans and the hinterland of Russia's rivers and lakes, it becomes clear that there can only be one victor ...

"Robinson is one of the crown princes of the beach-read thriller." * Stephen Coonts *
"Fast, sharply-focussed, engine-driven action." * Express *
"Watch out for Robinson. He is in the same league as Clancy." * Birmingham Post *
"Robinson rules the waves -- matches Clancy at his best." * Northern Echo *

PATRICK ROBINSON is the author of six previous international bestselling thrillers: Nimitz Class, Kilo Class, H. M. S. Unseen, Seawolf, The Shark Mutiny, Barracuda 945 and, most recently, Scimitar SL-2. He is also the author of several non-fiction bestsellers including True Blue (with Dan Topolski) and Born to Win. He is the co-author with Admiral Sir Sandy Woodward of One Hundred Days.

GOR000697504
Kilo Class by Patrick Robinson
Patrick Robinson
Used - Very Good
Paperback
Cornerstone
1998-12-19
560
009926904X
9780099269045
N/A
Book picture is for illustrative purposes only, actual binding, cover or edition may vary.
This is a used book - there is no escaping the fact it has been read by someone else and it will show signs of wear and previous use. Overall we expect it to be in very good condition, but if you are not entirely satisfied please get in touch with us.