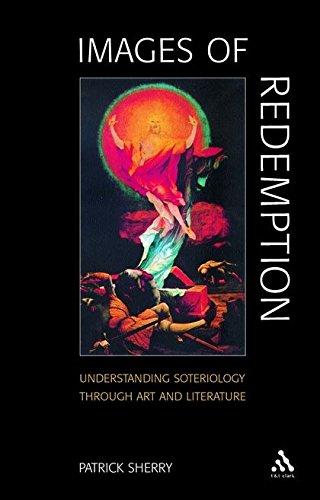 Images of Redemption
by Patrick Sherry

Used Price
$23.49
inc. GST
Free Shipping in Australia
After discussing the "arts of redemption" and their rivals, and introducing soteriology, the theology of salvation, Patrick Sherry argues that the Christian "Drama of Redemption" has three Acts: salvation history, our present human life, and the life to come.
Reviews:
Trustpilot
Very Good

Images of Redemption: Understanding Soteriology Through Art and Literature by Patrick Sherry

After discussing the "arts of redemption" and their rivals, and introducing soteriology, the theology of salvation, Patrick Sherry argues that the Christian "Drama of Redemption" has three Acts. The next five chapters discuss the three Acts, namely salvation history, our present human life, and the life to come. In each case, Sherry explains how art and literature can lead to an understanding of what is at stake here. His main concern is with the present life: hence three of those chapters deal with that phase of redemption, one of them specifically with "novels of redemption". The last substantial chapter of the book takes up the general issue of how art and literature contribute to religious understanding: Sherry argues that they may be primary expressions of religious belief, as well as "illustrations", and that as such they may criticise or complement theology, or in turn be open to criticism themselves from that quarter. Finally, he summarises the main theme and briefly discusses some of the particular problems of assessing the arts of redemption. The book uses art and literature as a means of religious and theological understanding. It is not a survey of the arts of redemption, though it uses a wide variety of examples, including ancient Greek drama, Flemish and Italian painting, religious music, and 19th -20th century novels. These examples are used as a tool for understanding what is one of the most difficult areas of theology.

'especially pertinent topic to read about if involved in the arts, or a lover of the arts... this book is an encouragment to go away and find further examples of soteriotolgical themes in the arts and Sherry invites the reader to do so'--Sanford Lakoff "Themelios "
"This is a book of gentle wisdom marked by a gracious tone, an ecumenical spirit, and a refreshing lack of jargon. Sherry's treatment of particular works of art is full of the kind of discernment one would expect from a scholar very well versed in aesthetics and theology. Perhaps the books greatest value is demonstrating clearly what theologians are often reluctant to admit - that the arts have their own distinctive capacities to help us understand the dynamics of Christian faith." Church Times 08/08/03

GOR004319332
Images of Redemption: Understanding Soteriology Through Art and Literature by Patrick Sherry
Patrick Sherry
Used - Very Good
Paperback
Bloomsbury Publishing PLC
2003-02-20
176
056708891X
9780567088918
N/A
Book picture is for illustrative purposes only, actual binding, cover or edition may vary.
This is a used book - there is no escaping the fact it has been read by someone else and it will show signs of wear and previous use. Overall we expect it to be in very good condition, but if you are not entirely satisfied please get in touch with us.