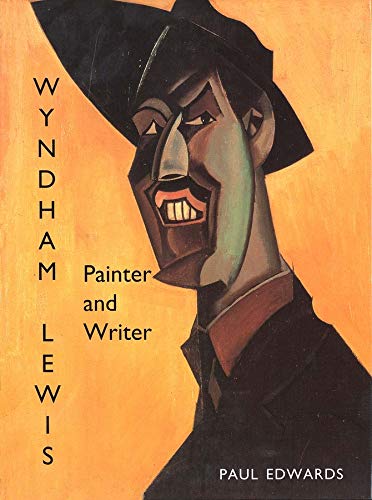 Used Price
$154.99
inc. GST
Free Shipping in Australia
A study of Wyndham Lewis, equally talented as a writer and a painter. Providing a critical overview of the visual, literary and philosophical dimensions of Lewis's work, Paul Edwards also considers them as an integrated whole. He also discusses Lewis's fascist sympathies in the 1930s.
Reviews:
Trustpilot
Very Good

Equally talented as a writer and painter, Wyndham Lewis (1882-1957) was one of the most innovative and controversial artistic figures of twentieth-century Britain, renowned as the driving force behind Vorticism, the avant-garde movement that flourished in London before the First World War. This book-the first critical overview of the visual, literary, and philosophical dimensions of Lewis's works-is also the first study to consider them as an integrated whole.

Lewis the painter was an early pioneer of abstraction, and as a war artist he adopted the vocabulary of Vorticism to convey the grim struggle of the Western Front. For the rest of his career he moved at will between abstraction and representation in imaginative works, incisive life drawings, quasi-metaphysical history paintings, and portraits (most famously of the other "Men of 1914," Ezra Pound, James Joyce, and T. S. Eliot). As a writer, Lewis produced abrasive satirical novels, short stories, and "theological fantasies" as well as powerful cultural and political analyses. Through detailed but accessible commentary Paul Edwards traces a coherent pattern in Lewis's bafflingly diverse work and shows its centrality to a full understanding of Modernism. He also discusses Lewis's Fascist sympathies in the 1930s, his dissociation from Fascism after 1937, his self-imposed exile in Canada during the Second World War, and the radical reevaluation of his life and intellectual commitments in his final novels.

Paul Edwards is a senior lecturer in English at Bath Spa University College.

GOR010758873
Wyndham Lewis: Painter and Writer by Paul Edwards
Paul Edwards
Used - Very Good
Hardback
Yale University Press
2000-08-01
592
0300082096
9780300082098
N/A
Book picture is for illustrative purposes only, actual binding, cover or edition may vary.
This is a used book - there is no escaping the fact it has been read by someone else and it will show signs of wear and previous use. Overall we expect it to be in very good condition, but if you are not entirely satisfied please get in touch with us.