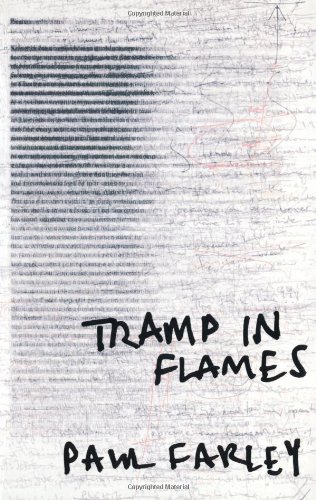 Tramp in Flames by Paul Farley

Tramp in Flames by Paul Farley

Following the exceptional acclaim for his first two books, Farley might have been forgiven for resting on his laurels with his `difficult third' - but Tramp in Flames instead finds him driving his formal ambition and remarkable imagination harder than ever. A book of considerable emotional daring and sometimes Wordsworthian sweep, Tramp in Flames is the work of a meticulous archivist of our cultural memory, and sets the palimpsest of the present hour on a light-box. It also shows Farley rapidly becoming one of the definitive English voices of the age.

'Resonant without being flashy . . . lines that will stick with you for a really, really long time' Mark Haddon

'Farley is one of our most vital and engaging voices. Even a title can twist at the familiar, commanding our attention. He has the knack of both establishing and undermining the securities of memory purely through turn of phrase' W. N. Herbvert, Scotland on Sunday

Paul Farley was born in Liverpool in 1965, and studied at the Chelsea School of Art. Since then he has lived in London, Brighton and Cumbria.
GOR002424666
9780330440073
0330440071
Tramp in Flames by Paul Farley
Paul Farley
Used - Very Good
Paperback
Pan Macmillan
2006-09-01
80
Short-listed for T. S. Eliot Prize 2007 (UK) Short-listed for Griffin International Poetry Prize 2007 (UK) Short-listed for Forward Prize for Poetry Best Collection 2006 (UK)
Book picture is for illustrative purposes only, actual binding, cover or edition may vary.
This is a used book - there is no escaping the fact it has been read by someone else and it will show signs of wear and previous use. Overall we expect it to be in very good condition, but if you are not entirely satisfied please get in touch with us
Trustpilot