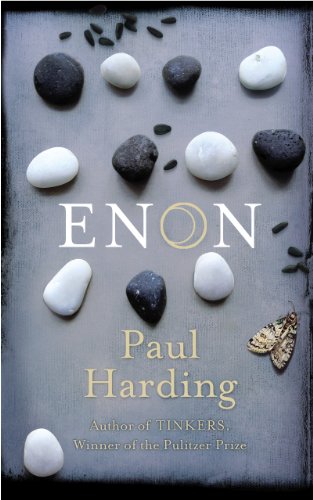 Used Price
$14.49
inc. GST
Free Shipping in Australia
Here, in Enon, Harding follows a year in the life of Charlie Crosby as he tries to come to terms with a shattering personal tragedy. Grandson of George Crosby (the protagonist of Tinkers), Charlie inhabits the same dynamic landscape of New England, its seasons mirroring his turbulent emotional odyssey.
Very Good

Hailed as a masterpiece, Tinkers, Paul Harding's Pulitzer Prize-winning debut, is a modern classic. Here, in Enon, Harding follows a year in the life of Charlie Crosby as he tries to come to terms with a shattering personal tragedy. Grandson of George Crosby (the protagonist of Tinkers), Charlie inhabits the same dynamic landscape of New England, its seasons mirroring his turbulent emotional odyssey. Along the way, Charlie's encounters are brought to life by his wit, his insights into history, and his yearning to understand the big questions. A stunning mosaic of human experience, Enon affirms Paul Harding as one of the most gifted and profound writers of his generation.

"I don't think I've read anything quite so strangely moving for a very long time. Such a relief to know there are still writers around who can write about real people, and who notice the world around them, and can turn that into exquisite art. Unbearably tense, but so rewarding as well ... every snatch of dialogue seemed pitch-perfect." * Gerard Woodward *
"Harding's skillful whipsawing of the reader from the surreal to the quotidian is the best writing he's done ... Beautifully turned: Harding has defogged his style a bit and gained a stronger emotional impact from it." * Kirkus Review *
"Gorgeous and haunting ... Harding's second novel again proves he's a contemporary master and one of our most important voices." * Publisher's Weekly *
"[A] compulsive read ... it's so delicately written that you can't help but marvel at Harding's enormous skill" * Psychologies Magazine *
"This is a novel that just requires concentration, is all, and it repays that concentration with writing that is both beautiful and thoughtful." * Bookmunch *

Paul Harding is the author of the novel Tinkers, which won the 2010 Pulitzer Prize for Fiction. He has received a Guggenheim Fellowship and the PEN/Robert Bingham Fellowship for Writers. He was a fiction fellow at the Fine Arts Work Center in Provincetown, Massachusetts, and has taught at the Iowa Writers' Workshop, Harvard University, and Grinnell College.

GOR006914562
Enon by Paul Harding
Paul Harding
Used - Very Good
Paperback
Cornerstone
2013-09-02
256
0434021725
9780434021727
N/A
Book picture is for illustrative purposes only, actual binding, cover or edition may vary.
This is a used book - there is no escaping the fact it has been read by someone else and it will show signs of wear and previous use. Overall we expect it to be in very good condition, but if you are not entirely satisfied please get in touch with us.