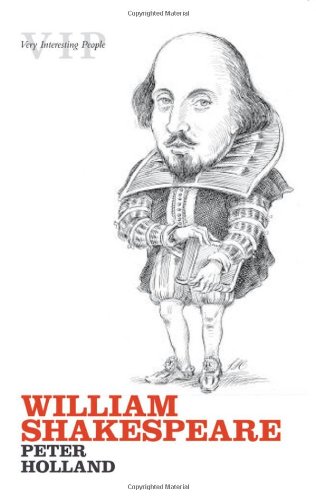 In Stock
$10.49
+10% GST
Part of the "Very Interesting People" series, which provides biographies of Britain's most fascinating historical figures, this book talks about William Shakespeare.
Very Good
Only 3 left

Definitive, concise, and very interesting...From William Shakespeare to Winston Churchill, the Very Interesting People series provides authoritative bite-sized biographies of Britain's most fascinating historical figures - people whose influence and importance have stood the test of time. Each book in the series is based upon the biographical entry from the world-famous Oxford Dictionary of National Biography.

Peter Holland is McMeel Family Professor in Shakespeare Studies at the University of Notre Dame and former director of the Shakespeare Institute at Stratford-upon-Avon. He has published numerous books and articles on Shakespeare and his work and is Associate General Editor of the Oxford Drama Library.

GOR002615109
William Shakespeare by Peter Holland
Peter Holland
Very Interesting People S.
Used - Very Good
Paperback
Oxford University Press
2007-04-23
160
019921283X
9780199212835
N/A
Book picture is for illustrative purposes only, actual binding, cover or edition may vary.
This is a used book - there is no escaping the fact it has been read by someone else and it will show signs of wear and previous use. Overall we expect it to be in very good condition, but if you are not entirely satisfied please get in touch with us.