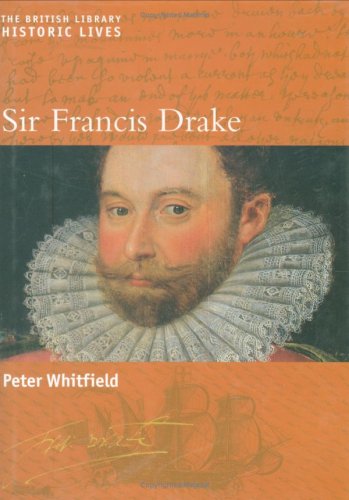 Francis Drake assured his place in history when, in his lone ship the Golden Hind, he sailed the Pacific to become the first Englishman to circumnavigate the globe. Drake the man, however, is the enigma and relatively little is known about him personally and what motivated him. Historians today have struggled to reconcile the heroic legend with the facts, which show that Drake achieved his status almost exclusively through acts of theft, piracy and terrorism. In this new biography, Peter Whitfield, a leading expert in exploration and map history, examines this dilemma to shed light on Drake the man and the legend. Illustrated throughout with original documents, maps and portraits, the biography offers an accessible and highly readable account of one of the greatest explorers of all time.

"Cartographic historian Whitfield indicates that the 19th- and 20th-century romanticizing of Sir Francis Drake is well off the mark. Though compact, this is an exciting and wholly convincing interpretation of an important British figure. Highly recommended for both public and academic libraries."

"Whitfield, a well-regarded historian of Cartography, straightforwardly recounts Drake's adventures for readers new to the sea dog, such as the circumnavigation of 1577-80 and the defeat of the Spanish Armada in 1588."

"This is a book that would make Francis Drake proud."

GOR005887422
Sir Francis Drake: British Library Historic Lives by Peter Whitfield
Peter Whitfield
British Library Historic Lives S.
Used - Very Good
Hardback
British Library Publishing
2004-09-01
160
0712348603
9780712348607
N/A
Book picture is for illustrative purposes only, actual binding, cover or edition may vary.
This is a used book - there is no escaping the fact it has been read by someone else and it will show signs of wear and previous use. Overall we expect it to be in very good condition, but if you are not entirely satisfied please get in touch with us.