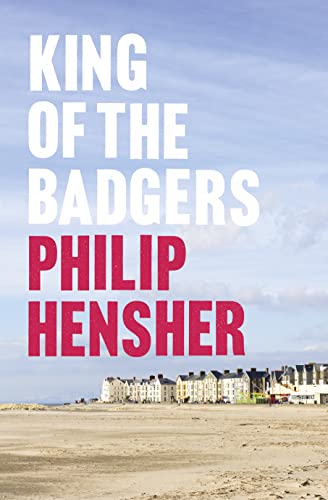 King of the Badgers
by Philip Hensher

After the success of The Northern Clemency, shortlisted for the 2008 Man Booker Prize, Philip Hensher brings us another slice of contemporary life, this time the peaceful civility and spiralling paranoia of a small English town.

King of the Badgers Summary

King of the Badgers by Philip Hensher

After the success of The Northern Clemency, shortlisted for the 2008 Man Booker Prize, Philip Hensher brings us another slice of contemporary life, this time the peaceful civility and spiralling paranoia of a small English town.

Hanmouth, situated where the river Hand flows into the Bristol channel, is usually quiet and undisturbed. But it becomes the centre of national attention when an eight-year-old girl vanishes. This tragic event serves to expose the range of segregated existences in the town, as spectrums of class, wealth and lifestyle are blurred in the investigation. Behind Hanmouth's closed doors and pastoral facade, the extraordinary individual lives of the community are laid bare. The undisclosed passions of a quiet international aid worker are set against his wife, seemingly a paragon of virtue to the outside world; a recently-widowed old woman tells a story that details her late discovery of sexual gratification; and the Bears have a memorable party. As the search for the missing girl continues, the case is made for increased surveillance, and old notions of privacy begin to crack.

King of the Badgers is a powerful study of the vital importance of individuality and the increasingly intrusive hand of political powers. Like its predecessor, it is another devastating - but frequently very funny - portrait of England from one of this country's finest novelists.

Customer Reviews - King of the Badgers

King of the Badgers Reviews

Praise for The Northern Clemency:

'Hensher is an anatomist of familial tensions and marshals his large cast of characters deftly. He has an impeccable eye for nuances of character and setting, and the details of Seventies food and decor are lovingly done: the mushroom vol-au-vents, the white wall units with brown smoked glass...an engaging and hugely impressive novel.' The Times

'The Northern Clemency - vast, compendious, wearing its ambition like an outsize boutonniere - makes a virtue of its exactness, its recapitulative zeal, its absolute determination to jam everything in and sit unshiftably on the lid.' Independent on Sunday

'Hensher has a forensic eye for detail, providing nightmarish glimpses of the everyday...engrossing, amusing and moving.' Independent

'Hensher is fascinating good on how social transformation manifests itself in the textures, colours and manners of a culture...extremely funny, but also deeply humane.' The Sunday Times.

A remarkable novel...Hensher's technique of shifting continually from voice to voice, the third-person narrative perceived from the viewpoint of each character in turn, gives a cumulative effect of luminous richness, like a perfect piece of orchestration...but there is something more than brilliant cleverness that makes this novel extraordinary.' Sunday Times

'Hensher's is a bold, impressively sustained attempt to mark a transitional phase in modern Englishness as seen largely from the domestic sphere.' TLS

'A beautifully written book...as impressive in its scope as in the effortless artistry of the language. Its characters are well-defined and plausible, while the narrative is leavened with deftly observed humour that gently pokes its lower-middle class protagonists in the ribs.' Scotland on Sunday

Philip Hensher is a columnist for the Independent, arts critic for the Spectator and a Granta Best of Young British novelist. He has written six novels, including The Mulberry Empire and the Booker-shortlisted The Northern Clemency, and one collection of short stories. He lives in South London.

GOR003352434
King of the Badgers by Philip Hensher
Philip Hensher
Used - Very Good
Paperback
HarperCollins Publishers
2011-03-31
300
0007364237
9780007364237
N/A
Book picture is for illustrative purposes only, actual binding, cover or edition may vary.
This is a used book - there is no escaping the fact it has been read by someone else and it will show signs of wear and previous use. Overall we expect it to be in very good condition, but if you are not entirely satisfied please get in touch with us.