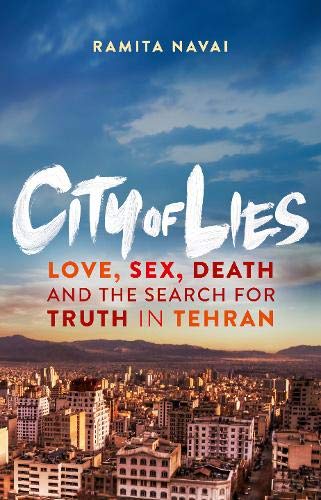 City of Lies by Ramita Navai

Real lives in modern Tehran - a searing, energetic portrait of the city and of life in one of the world's most repressive regimes.

City of Lies: Love, Sex, Death and the Search for Truth in Tehran by Ramita Navai

This is real Tehran: a city that is hidden from view and rarely written about, where survival depends on an intricate network of lies and subterfuge.

Plotted around the city's great central thoroughfare, Vali Asr Street, CITY OF LIES chronicles the lives of eight protagonists drawn from across the spectrum of Iranian society. This is a world of gangsters, socialites, dutiful housewives and volunteer militiamen - ordinary people forced to lead extraordinary lives.

Based on extensive interviews and research, CITY OF LIES is an intimate and unforgettable portrait of modern Tehran, and of what it is to live, love and survive under one of the world's most repressive regimes.

Ramita Navai is a British-Iranian journalist and writer. For Channel 4's foreign affairs series Unreported World she has reported from over twenty different countries, including South Sudan, Afghanistan, Egypt, Nigeria, El Salvador and Zimbabwe. She was awarded an Emmy for her undercover report from Syria. She has also worked as a journalist for the United Nations in Pakistan, northern Iraq and Iran. While working as the Tehran correspondent for THE TIMES from 2003 to 2006, Ramita Navai began interviewing ordinary people about their lives, and she continued to collect these stories long after most foreign media had been banned from Iran. CITY OF LIES is her first book and was awarded the Royal Society of Literature Jerwood Prize for work in progress in 2012. She lives in London.
@ramitanavai

GOR005706478
9780297869498
0297869493
City of Lies: Love, Sex, Death and the Search for Truth in Tehran by Ramita Navai
Ramita Navai
Used - Very Good
Hardback
Orion Publishing Co
2014-05-08
320
Winner of Paddy Power Debut Political Book of the Year 2015 (UK)
Book picture is for illustrative purposes only, actual binding, cover or edition may vary.
This is a used book - there is no escaping the fact it has been read by someone else and it will show signs of wear and previous use. Overall we expect it to be in very good condition, but if you are not entirely satisfied please get in touch with us
Trustpilot