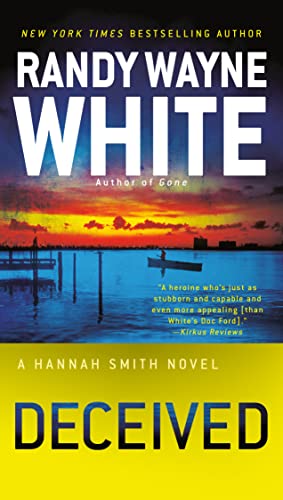 An almost twenty-year-old unsolved murder from Florida's pot-hauling days gets Hannah Smith's attention, but so does a more immediate problem. A private museum devoted solely to the state's earliest settlers and pioneers has been announced, and many of Hannah's friends and neighbors in Sulfur Wells are being pressured to make contributions.

The problem is the whole thing is a scam, and when Hannah sets out to uncover who's behind it, she discovers that things are even worse than she thought. The museum scam is a front for a real estate power play, her entire village is in danger of being wiped out--and the forces behind it have no intention of letting anything, or anyone, stand in their way.

"A heroine who's just as stubborn and capable and even more appealing [than White's Doc Ford]."--Kirkus Reviews

"White does pure suspense as well as anyone."--Booklist

Randy Wayne White is the author of the Doc Ford and Hannah Smith novels. He is also the author of a number of nonfiction collections and of a cookbook. A onetime veteran fishing guide, he lives in an old house built on an Indian mound and spends much of his free time windsurfing, playing baseball, and hanging out at Doc Ford's Rum Bar & Grille on Sanibel Island, Florida.

GOR008224987
Deceived by Randy Wayne White
Randy Wayne White
Used - Very Good
Paperback
Penguin Putnam Inc
2014-08-05
368
0425270157
9780425270158
N/A
Book picture is for illustrative purposes only, actual binding, cover or edition may vary.
This is a used book - there is no escaping the fact it has been read by someone else and it will show signs of wear and previous use. Overall we expect it to be in very good condition, but if you are not entirely satisfied please get in touch with us.