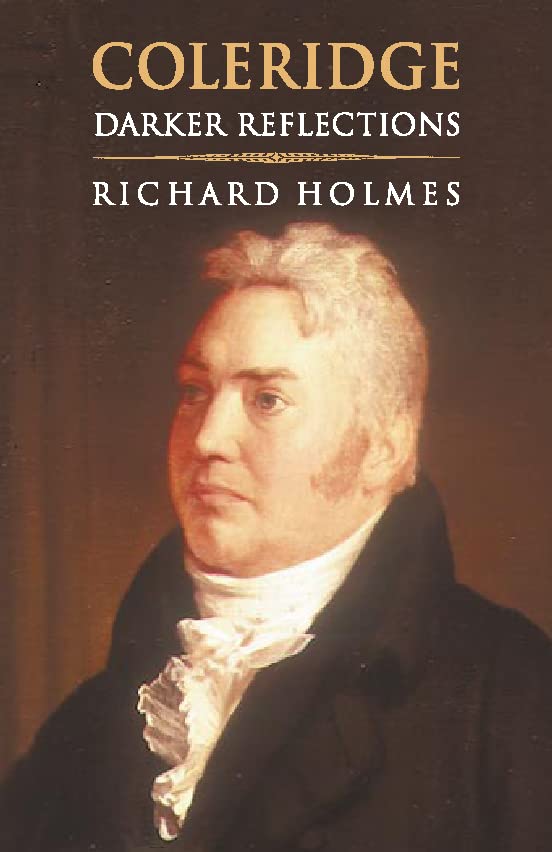 Winner of the 1989 Whitbread Prize for Book of the Year, this is the first volume of Holmes's seminal two-part examination of Samuel Taylor Coleridge, one of Britain's greatest poets.

Winner of the 1989 Whitbread Prize for Book of the Year, this is the first volume of Holmes's seminal two-part examination of Samuel Taylor Coleridge, one of Britain's greatest poets.

Richard Holmes's biography of Coleridge transforms our view of the poet of `Kubla Khan' and his place in the Romantic Movement. Dismissed by many as an opium addict, plagiarist, political apostate and mystic charlatan, Holmes's Coleridge leaps out of these pages as the brilliant, animated and endlessly provoking poet of genius that he was.

This second volume covers the last 30 years of Coleridge's career (1804-1834) during which he travelled restlessly through the Mediterranean, returned to his old haunts in the Lake District and the West Country, and finally settled in Highgate.

It was a period of domestic and professional turmoil. His marriage broke up, his opium addiction increased, he quarrelled with Wordsworth, his own son Hartley Coleridge (a gifted poet himself) became an alcoholic. And after a desperate time of transition, Coleridge re-emerged on the literary scene as a new kind of philosophical and meditative author.

Holmes traces the development of Coleridge into a legend amongst the younger generation of Romantic writers and the influence he had on Hazlitt, de Quincey, Byron, Shelley, Keats, Walter Scott, Carlyle, Sterling, F.D. Maurice and others. Coleridge's later life was not happy, either domestically or professionally. But it is continually fascinating and its darker tone is also a measure of its challenge and spiritual impact.

Richard Holmes is the author of The Age of Wonder, which won the Royal Society Prize for Science Books and the National Book Critics Circle Award and was one of the ten New York Times' Best Books of the Year in 2009. His balloon book, Falling Upwards, was chosen as a Best Book of the Year by seven newspapers in 2013. His other biographies include Shelley: The Pursuit (winner of the 1974 Somerset Maugham Prize), Coleridge: Early Visions (winner of the 1989 Whitbread Book of the Year Award), Coleridge: Darker Reflections (shortlisted for the Samuel Johnson Prize and winner of the Duff Cooper Prize), and Dr. Johnson & Mr. Savage (winner of the 1993 James Tait Black Prize). This Long Pursuit completes the autobiographical trilogy begun in Footsteps (1985) and Sidetracks (2000). Holmes was awarded the OBE in 1992, and was elected an Honorary Fellow of Churchill College, Cambridge, in 2010. He is the 2018 winner of the BIO Award presented by the Biographers International Organization for sustained achievement in biography. He lives in London and Norwich with the novelist Rose Tremain.

GOR001405472
Coleridge: Darker Reflections by Richard Holmes
Richard Holmes
Used - Very Good
Hardback
HarperCollins Publishers
1998-10-19
512
0002555778
9780002555777
Winner of Authors' Club Marsh Biography Award 1999 Winner of Marsh Biography Award 1999 Winner of Duff Cooper Prize 1999 Short-listed for Samuel Johnson Prize for Non-Fiction 1999
Book picture is for illustrative purposes only, actual binding, cover or edition may vary.
This is a used book - there is no escaping the fact it has been read by someone else and it will show signs of wear and previous use. Overall we expect it to be in very good condition, but if you are not entirely satisfied please get in touch with us.