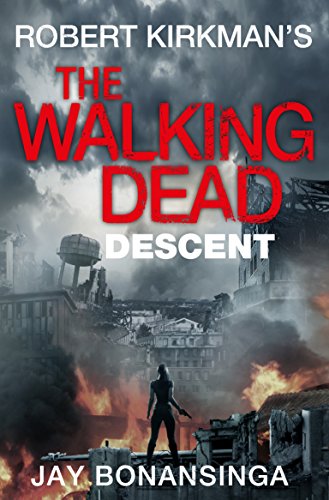 Inspired by Robert Kirkman's comic book and television sensation, Descent is the fifth novel in Robert Kirkman's The Walking Dead series; a gripping spin-off series by Jay Bonansinga, focusing on the character of Lilly Caul as she and the citizens of Woodbury attempt to survive the zombie apocalypse.

Lilly Caul and a small ragtag band of survivors are determined to overcome their traumatic past.
Still recovering from its troublesome history, the town of Woodbury, Georgia, becomes an oasis of safety amidst the plague of the walking dead - a town reborn in the wake of its former tyrannical leader, Philip Blake, aka The Governor.

Lilly and the beleaguered townspeople save themselves from a vast stampede of hungry walkers, by joining forces with a mysterious religious sect fresh from the wilderness. Led by an enigmatic preacher named Jeremiah, this rogue church-group seems tailor-made for the people of Woodbury and Lilly's dream of a democratic, family-friendly future.

But Jeremiah and his followers harbour a dark secret, and in a stunning and horrifying finale, it is solely up to Lilly to cleanse the town once and for all of its poisonous fate.

GOR006530663
Descent by Robert Kirkman
Robert Kirkman
The Walking Dead
Used - Very Good
Paperback
Pan Macmillan
2014-10-23
288
1447275748
9781447275749
N/A
Book picture is for illustrative purposes only, actual binding, cover or edition may vary.
This is a used book - there is no escaping the fact it has been read by someone else and it will show signs of wear and previous use. Overall we expect it to be in very good condition, but if you are not entirely satisfied please get in touch with us
Trustpilot