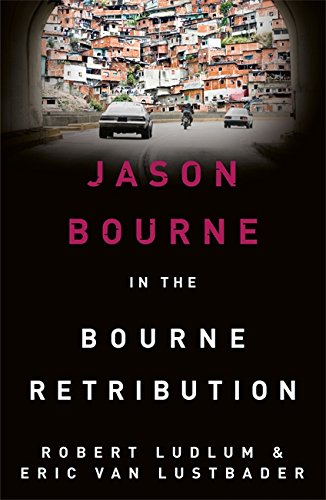 When the head of Mossad learns that a major Mexican drug lord may be trafficking something far more deadly than drugs, he turns to his friend Jason Bourne for help. Bourne agrees to investigate, but he has his own agenda: revenge.

The drug lord is responsible for the murder of Rebeka - one of the only people Bourne has ever truly cared for. But as Bourne attempts to avenge the woman he loved, he becomes embroiled in a monstrous world-wide scheme involving the Chinese, Mexicans, and Russians. Each step closer to vengeance is a step closer to his own death.

Robert Ludlum is one of the world's bestselling authors and there are more than 300 million copies of his books in print. He is published in 32 languages and 50 countries. As well as blending sophisticated plotting and extreme pace, Robert Ludlum's novels are meticulously researched. In addition to the popular titles in the Covert-One series, Robert Ludlum's best-known books include THE SCARLATTI INHERITANCE, THE CHANCELLOR MANUSCRIPT and the Jason Bourne series. Eric Van Lustbader is the author of numerous novels in a variety of styles, but is most widely known as the author of twenty international bestselling thrillers including The Ninja and Black Heart. Born in New York City, he currently lives in New York State.

GOR006058741
Robert Ludlum's The Bourne Retribution by Robert Ludlum
Robert Ludlum
Used - Very Good
Paperback
Orion Publishing Co
2014-06-24
432
1409149250
9781409149255
N/A
Book picture is for illustrative purposes only, actual binding, cover or edition may vary.
This is a used book - there is no escaping the fact it has been read by someone else and it will show signs of wear and previous use. Overall we expect it to be in very good condition, but if you are not entirely satisfied please get in touch with us.