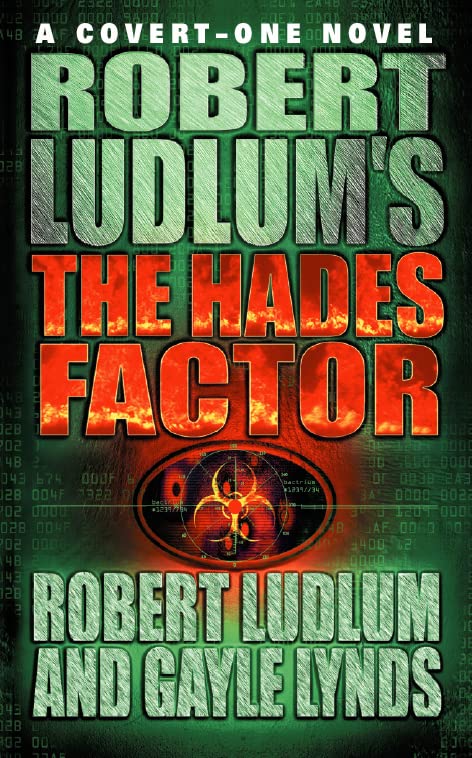 A homeless man in Boston, an Army Major in California, and a teenage girl in Atlanta all die suddenly and painfully - each a victim of an unknown doomsday virus. For three days, a team of scientists in a US government laboratory has been frantically trying to unlock the virus's secrets.

Lt. Col. Jonathan `Jon' Smith, a leading researcher from the lab, barely survives a series of well-orchestrated attempts made on his life. When he discovers that the virus has claimed its fourth victim, his fiancee, he is devastated and enraged. Smith quickly uncovers evidence that his lover's death was no accident. But wherever he turns, some unseen force blocks his quest for information.

Not knowing whom to trust, Smith assembles a private team to search for the truth behind the deadly virus. While the death toll mounts, their quest leads to the highest levels of power and the darkest corners of the earth, as they match wits with a determined genius - and as the future of the world lies in the balance.

`The new team has a pop hit on their hands that should bounce right up the bestseller lists.'
Kirkus Reviews

Robert Ludlum is a former actor and theatrical producer. At forty he decided to change careers and try his hand at writing. He is published in 40 countries and 32 languages, and has sold over 220 million copies of his novels worldwide.

Gayle Lynds is the author of Masquerade and Mosaic

GOR001665035
Robert Ludlum's The Hades Factor by Robert Ludlum
Robert Ludlum
Used - Very Good
Paperback
HarperCollins Publishers
2001-03-19
448
0007101678
9780007101672
N/A
Book picture is for illustrative purposes only, actual binding, cover or edition may vary.
This is a used book - there is no escaping the fact it has been read by someone else and it will show signs of wear and previous use. Overall we expect it to be in very good condition, but if you are not entirely satisfied please get in touch with us.