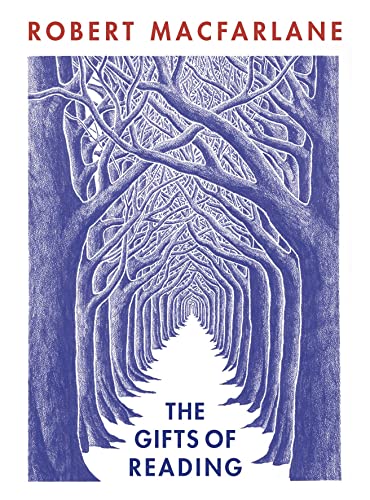 The Gifts of Reading
by Robert Macfarlane

The Gifts of Reading Summary

The Gifts of Reading by Robert Macfarlane

From the bestselling author of UNDERLAND, THE OLD WAYS and THE LOST WORDS - an essay on the joy of reading, for anyone who has ever loved a book

Every book is a kind of gift to its reader, and the act of giving books is charged with a special emotional resonance. It is a meeting of three minds (the giver, the author, the recipient), an exchange of intellectual and psychological currency, that leaves each participant enriched. Here Robert Macfarlane recounts the story of a book he was given as a young man, and how he managed eventually to return the favour, though never repay the debt.

From one of the most lyrical writers of our time comes a perfectly formed gem, a lyrical celebration of the transcendent power and humanity of the given book.

The Gifts of Reading Reviews

I'll read anything Macfarlane writes -- David Mitchell, author of 'Cloud Atlas'
[Macfarlane] can unfurl a sentence with the breathless ease of a master angler, a writer whose ideas transcend the physical region he explores * New York Times Book Review *
[Macfarlane] is a godfather of a cultural moment * Sunday Times on Landmarks *

Robert Macfarlane is the author of Mountains of the Mind, The Wild Places, The Old Ways, Landmarks, and The Lost Words, co-created with Jackie Morris. Mountains of the Mind won the Guardian First Book Award and the Somerset Maugham Award and The Wild Places won the Boardman-Tasker Award. Both books have been adapted for television by the BBC. The Lost Words won the Books Are My Bag Beautiful Book Award and the Hay Festival Book of the Year. He is a Fellow of Emmanuel College, Cambridge, and writes on environmentalism, literature and travel for publications including the Guardian, the Sunday Times and The New York Times.

GOR009483710
The Gifts of Reading by Robert Macfarlane
Robert Macfarlane
Used - Like New
Paperback
Penguin Books Ltd
2017-06-01
48
0241978319
9780241978313
N/A
Book picture is for illustrative purposes only, actual binding, cover or edition may vary.
The book has been read, but looks new. The book cover has no visible wear, and the dust jacket is included if applicable. No missing or damaged pages, no tears, possible very minimal creasing, no underlining or highlighting of text, and no writing in the margins.