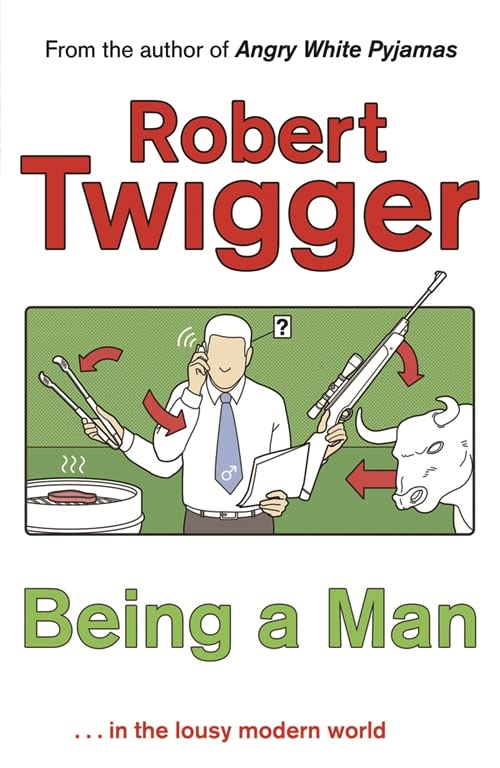 Being a Man by Robert Twigger

Further adventures in extreme (and not so extreme) sports, from the bestselling author of ANGRY WHITE PYJAMAS.

Being a Man by Robert Twigger

Further adventures in extreme (and not so extreme) sports, from the bestselling author of ANGRY WHITE PYJAMAS.

Having learnt Aikido with the Tokyo riot police (ANGRY WHITE PYJAMAS) and hunted for the world's longest snake in the jungles of the Far East (BIG SNAKE), Robert Twigger now turns his attention to other traditionally male pursuits and pastimes (some of which are fairly close to home, some of which are more extreme), and looks at the questions these raise about masculinity and the role of man in modern society.

BEING A MAN features Twigger participating in, and writing on: the informal rules and thrill seeking of solo climbing, bullfighting in Spain, the 'illicit pleasure of buying my first gun', and the rules of survival with a tribe of Naga headhunters - the sort of activities and pursuits often scorned in the modern, interiorised office-based world.

He is certainly very good on the allure of some male-dominated subcultures * Guardian *
If Twigger really is lamenting a passing age of masculinity, he does so in quixotic style in this amusing memoir * The Times *
Twigger is acute and disarming, and his book on manliness has the refreshing virtue of declining to see women as the enemy -- Robert Winder * New Statesman *
A beguiling stylist, he interleaves reminiscence and aphorism to produce something wholly original. A tour de force. -- Will Self

Robert Twigger is a British author, poet and adventurer. After attending Oxford University he trained with the Tokyo Riot Police, which became the subject of his bestselling book Angry White Pyjamas. He has been awarded the Newdigate Prize for poetry, the Somerset Maugham Award for Literature and the William Hill Sports Book of the Year Award.

GOR002710596
Being a Man by Robert Twigger
Robert Twigger
Used - Very Good
Paperback
Orion Publishing Co
2002-10-03
208
0753813785
9780753813782
N/A
Book picture is for illustrative purposes only, actual binding, cover or edition may vary.
This is a used book - there is no escaping the fact it has been read by someone else and it will show signs of wear and previous use. Overall we expect it to be in very good condition, but if you are not entirely satisfied please get in touch with us
Trustpilot