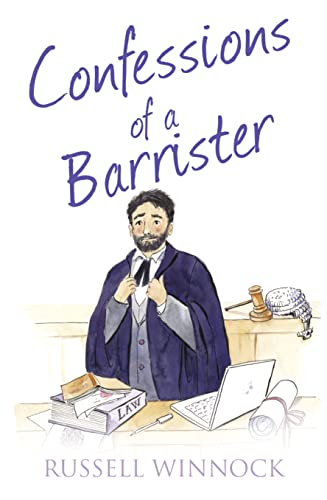 Confessions of a Barrister by Russell Winnock

From the people who brought you the bestselling Confessions of a GP.

Confessions of a Barrister (The Confessions Series) by Russell Winnock

From the people who brought you the bestselling Confessions of a GP.

Russell is a young criminal Barrister. It's his job to defend the people who have found themselves on the wrong side of the law - Petty thieves, career criminals, drug dealers and murderers...

The scary son of a famous footballer, whose violent behaviour has got him in trouble so many times he almost knows the law better than Russell.

The thief of a marital aid, who has a rather unusual defence.

The 27 year old drug addict accused of stealing a push-bike, a chainsaw, a bag full of washing and a small fridge - all at the same time.

This fascinating insight takes us behind the closed doors of the British legal world. With plenty of drama inside - and outside - of the courtroom, you'll find out how CCTV can make or break a case, how your Facebook page could land you in jail and why on earth they wear those funny wigs!

Russell is a criminal barrister working in the south of England. That's about all we can tell you.

GOR006970531
9780008100346
0008100349
Confessions of a Barrister (The Confessions Series) by Russell Winnock
Russell Winnock
The Confessions Series
Used - Very Good
Paperback
HarperCollins Publishers
2015-09-21
300
N/A
Book picture is for illustrative purposes only, actual binding, cover or edition may vary.
This is a used book - there is no escaping the fact it has been read by someone else and it will show signs of wear and previous use. Overall we expect it to be in very good condition, but if you are not entirely satisfied please get in touch with us
Trustpilot