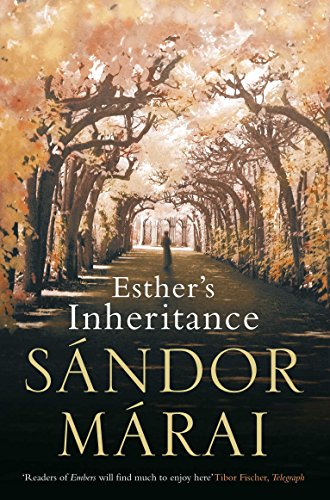 In Stock
$11.49
+10% GST
From the author of the internationally bestselling Embers comes a heart-stopping story of betrayal
Very Good Good
5 in stock

Twenty years after leaving her, the great love of Esther's life sends a telegram. Tomorrow, he tells her, he is coming back.

Esther has not forgotten that her dazzling lover is a fantasist and a liar, nor that he caused her unimaginable hurt. But she also remembers how he made her feel, how he woke a part of her that has ever since been sleeping. A special meal is planned, a car arrives at the house, and - in a heightened visit for which Esther is not remotely prepared - their two lives converge for a second, dizzying time.

`Like Embers, the novella recounts a dramatically charged meeting after a gap of decades, and it has a similarly intricate symbolism' Guardian

`In times of recession, they say, gold never loses its value. Neither do literary gems . . . There are some great writers I find it hard to talk about without gushing, and Marai is on that list' Sunday Herald

GOR001429280
Esther's Inheritance by Sandor Marai
Sandor Marai
Used - Very Good
Paperback
Pan Macmillan
2009-11-06
160
033050407X
9780330504072
N/A
Book picture is for illustrative purposes only, actual binding, cover or edition may vary.
This is a used book - there is no escaping the fact it has been read by someone else and it will show signs of wear and previous use. Overall we expect it to be in very good condition, but if you are not entirely satisfied please get in touch with us.