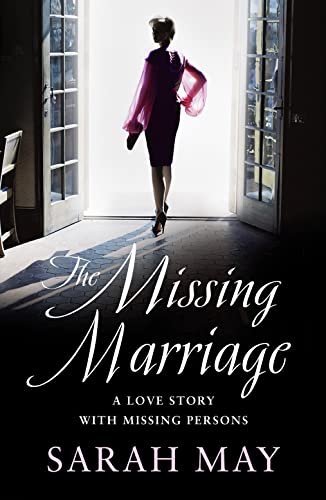 The Missing Marriage
by Sarah May

A love story with missing persons.

The Missing Marriage by Sarah May

A love story with missing persons.

Love, money, marriage and pseudocide on the north-east coast of England.

Childhood sweethearts, Bryan and Laura Deane have been seemingly happily married for just over fifteen years. Their friends and family believe that if the Deanes are happy, there is such a thing as true love. Only the Deanes aren't happy.

The tides of debt are rising, and the only remaining road to salvation is a life insurance pay off. But neither of them have any plans of making the ultimate sacrifice to get their hands on it.

So when Bryan Deane goes missing at sea - presumed dead - it looks as though the Deanes might just pull off the scam.

But there are two factors that Laura does not count on; Martha, their fourteen year old daughter who refuses to believe she will never see her father again, and Anna Faust, childhood friend and now a Detective Sergeant - yet another woman who is unable to accept the idea of spending the rest of her life without Bryan.

Praise for The Rise and Fall of the Queen of Suburbia:

'Sarah May has a rare talent for melding the farcical with the tragic, and has produced a novel which - but for an ending worthy of Tom Sharpe - is a scathingly successful piece of social commentary' Daily Mail

`Sarah May has brought the obsessions, ambitions and class paranoia of Thatcher's Britain beautifully back to life. It's a visceral read, but this is one book you'll be happy to read in a rush' Daily Express

`Full of hilarious pop-culture detail, this is a dizzying celebration of the 80s...Laugh-out-loud' Eve Magazine

Sarah May is an intimate observer of society (AKA curtain-twitcher of the highest order). She is the author of five previous novels. She lives in London with her theatre director husband and their two children.

GOR003200931
The Missing Marriage by Sarah May
Sarah May
Used - Very Good
Paperback
HarperCollins Publishers
2011-04-28
400
0007322119
9780007322114
N/A
Book picture is for illustrative purposes only, actual binding, cover or edition may vary.
This is a used book - there is no escaping the fact it has been read by someone else and it will show signs of wear and previous use. Overall we expect it to be in very good condition, but if you are not entirely satisfied please get in touch with us.