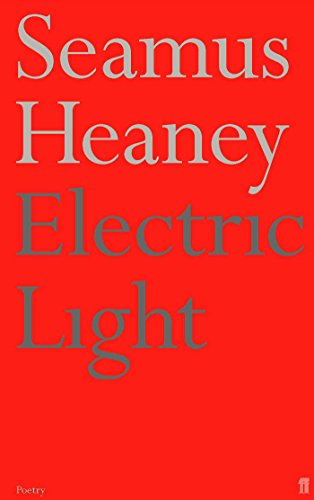 In Stock
$19.49
inc. GST
Electric Light travels widely in time and space, visiting the sites of the classical world, revisiting the poet's childhood: rural electrification and the light of ancient evenings are reconciled within the orbit of a single lifetime.
Very Good
12 in stock

Electric Light travels widely in time and space, visiting the sites of the classical world, revisiting the poet's childhood: rural electrification and the light of ancient evenings are reconciled within the orbit of a single lifetime. This is a book about origins (not least the origins of words) and oracles: the places where things start from, the ground of understanding - whether in Arcadia or Anahorish, the sanctuary at Epidaurus or the Bann valley in County Derry. Electric Light ranges from short takes ('glosses') to conversation poems whose cunning passagework gives rein to 'the must and drift of talk'; other poems are arranged in sections, their separate cargoes docked alongside each other to reveal a hidden and curative connection. The presocratic wisdom that everything flows is held in tension with the fixities of remembrance: elegising friends and fellow poets, naming 'the real names' of contemporaries behind the Shakespearean roles they played at school. These gifts of recollection renew the poet's calling to assign to things their proper names. The resulting poems are full of delicately prescriptive tonalities, where Heaney can be heard extending his word-hoard and rollcall in this, his eleventh collection.

Seamus Heaney was born in County Derry in Northern Ireland. Death of a Naturalist, his first collection of poems, appeared in 1966, and was followed by poetry, criticism and translations which established him as the leading poet of his generation. In 1995 he was awarded the Nobel Prize in Literature, and twice won the Whitbread Book of the Year, for The Spirit Level (1996) and Beowulf (1999). Stepping Stones, a book of interviews conducted by Dennis O'Driscoll, appeared in 2008; Human Chain, his last volume of poems, was awarded the 2010 Forward Prize for Best Collection. He died in 2013. His translation of Virgil's Aeneid Book VI was published posthumously in 2016 to critical acclaim.

GOR001233937
Electric Light by Seamus Heaney
Seamus Heaney
Used - Very Good
Paperback
Faber & Faber
2001-03-19
96
0571207987
9780571207985
Short-listed for T S Eliot Prize 2001
Book picture is for illustrative purposes only, actual binding, cover or edition may vary.
This is a used book - there is no escaping the fact it has been read by someone else and it will show signs of wear and previous use. Overall we expect it to be in very good condition, but if you are not entirely satisfied please get in touch with us.