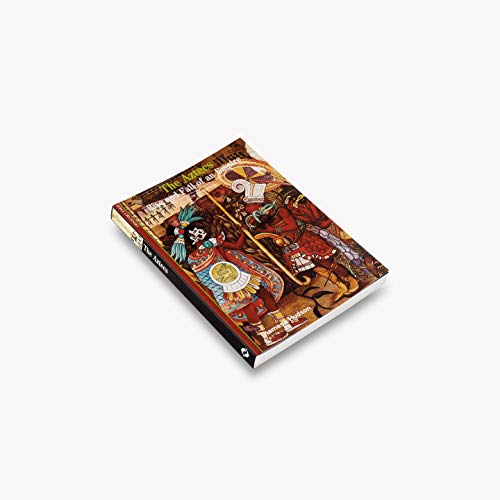 The Aztecs
by Serge Gruzinski

In Stock
$13.49
inc. GST
From the NEW HORIZONS series, a look at the Aztecs who created a refined society at the same time as carrying out mass human sacrifice, examining how these apparently contradictory aspects co-existed, and covering Aztec history from nomadic beginnings to the period of Spanish rule.
Very Good
Only 4 left

The Aztecs: Rise and Fall of an Empire by Serge Gruzinski

The gruesome Aztec practice of mass human sacrifice horrified Cortes when he entered Tenochticlan in 1519. Yet these bloodthirsty warriors also created a refined society, monumental architecture, powerful sculpture, magnificently illustrated codices, fine goldwork and brilliant feathered costumes. How did these contradictory aspects co-exist in one people?

The richly illustrated text is supplemented by contemporary documents including evidence on Aztec myths, social organization, trade, the arts, human sacrifice, the conquest, the continuation of Aztec religion after Christianity and the fate of the Indian population today.

Serge Gruzinski was a French historian of Latin America. Paul Bahn is co-author of Thames & Hudson's bestselling Archaeology: Theories, Methods and Practice, and author of Images of the Ice Age, widely regarded as the standard introduction to cave art.

GOR001223431
The Aztecs: Rise and Fall of an Empire by Serge Gruzinski
Serge Gruzinski
New Horizons
Used - Very Good
Paperback
Thames & Hudson Ltd
1992-09-21
192
0500300186
9780500300183
N/A
Book picture is for illustrative purposes only, actual binding, cover or edition may vary.
This is a used book - there is no escaping the fact it has been read by someone else and it will show signs of wear and previous use. Overall we expect it to be in very good condition, but if you are not entirely satisfied please get in touch with us.