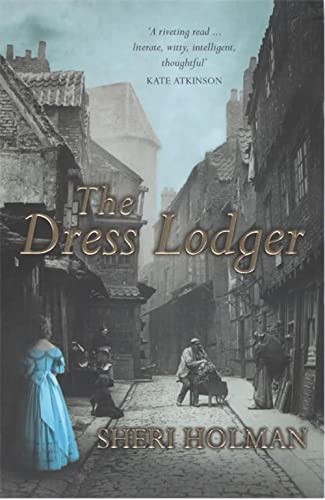 The Dress Lodger
by Sheri Holman

Out of Stock
$20.49
inc. GST
A Dickensian tour de force set in a 19th century city beset by a cholera epidemic.
Very Good
Only 0 left

The Dress Lodger by Sheri Holman

Sunderland during the cholera epidemic of 1832 is bitterly divided between the rich, who believe they have nothing to fear from a disease which afflicts mainly the poor, and the disenfranchised, who fear cholera is part of a plot to exterminate them. Through the streets of the city walks Gustine, a prostitute, followed by the Eye, an old woman paid by her pimp to keep Gustine under constant surveillance. Gustine has joined forces with a surgeon forced out of Edinburgh in the wake of the Burke & Hare body-snatching scandal. Henry operates an Anatomy School but has no bodies with which to teach; Gustine, moving among the week and dying, comes across bodies all the time. He believes she can help him advance medical science, and she believes if he becomes a better doctor, he can save the life of her critically ill baby.

Sheri Holman grew up in rural Virginia and worked for a literary agent while writing her first novel, A STOLEN TONGUE, a mystery set along the route of a fifteenth-century religious pilgrimage. She is in her late twenties and is now a full-time writer.

GOR000906851
The Dress Lodger by Sheri Holman
Sheri Holman
Used - Very Good
Paperback
Hodder & Stoughton
2000-08-17
320
034071784X
9780340717844
N/A
Book picture is for illustrative purposes only, actual binding, cover or edition may vary.
This is a used book - there is no escaping the fact it has been read by someone else and it will show signs of wear and previous use. Overall we expect it to be in very good condition, but if you are not entirely satisfied please get in touch with us.