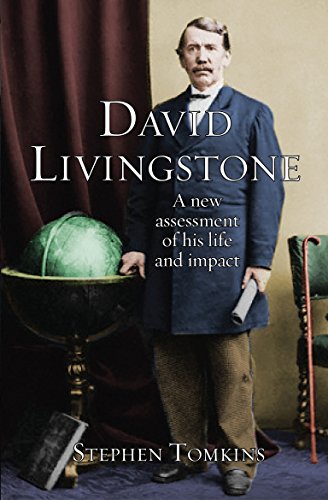 David Livingstone has gone down in history as a fearless explorer and missionary, hacking his way through the forests of Africa to bring light to the people - and also to free them from slavery. But who was he, and what was he actually like? "He was an extraordinary character," according to biographer Stephen Tomkins, spectacularly bad at personal relationships, at least with white people, possessed of infinite self-belief, courage, and restlessness. He was an almost total failure as a missionary, and so became an explorer and campaigner against the slave trade, hoping to save African lives and souls that way instead. He helped, however unwittingly, to set the tone and the extent of British involvement in Africa. He was a flawed but indomitable idealist. Fascinating new evidence about Livingstone's life and his struggles have come to light in the letters and journals he left behind, now accessible to us for the first time through spectral imaging. These form a significant addition to the source material for this excellent biography, which provides an honest and balanced account of the real man behind the Victorian icon.

STEPHEN TOMKINS has a PhD in Church History from London Bible College. An experienced journalist, he is a contributing editor to the Ship of Fools website. He is the author of David Livingstone, John Wesley: A Biography (Lion, 2003) and Paul and His World (Lion, 2004).

GOR005413479
David Livingstone: The Unexplored Story by Stephen Tomkins
Stephen Tomkins
Used - Very Good
Paperback
Lion Hudson Plc
2013-01-18
240
0745955681
9780745955681
N/A
Book picture is for illustrative purposes only, actual binding, cover or edition may vary.
This is a used book - there is no escaping the fact it has been read by someone else and it will show signs of wear and previous use. Overall we expect it to be in very good condition, but if you are not entirely satisfied please get in touch with us.