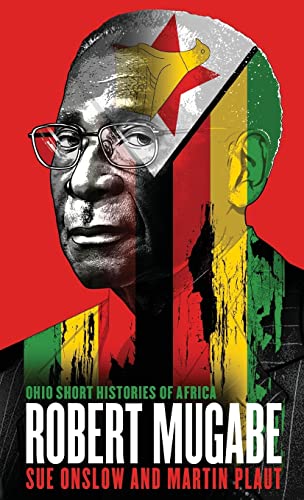 Out of Stock
$24.99
inc. GST
For some, Zimbabwe's President Mugabe is a liberation hero who confronted white rule and oversaw the radical redistribution of land. For others, he is a murderous dictator who drove his country to poverty. This concise biography, in a highly successful series, reveals the complexity of the man who led Zimbabwe for its first decades of independence.
Very Good
Only 0 left

Zimbabwe's President Robert Mugabe sharply divides opinion and embodies the contradictions of his country's history and political culture. As a symbol of African liberation and a stalwart opponent of white rule, he was respected and revered by many. This heroic status contrasted sharply, in the eyes of his rivals and victims, with repeated cycles of gross human rights violations. Mugabe presided over the destruction of a vibrant society, capital flight, and mass emigration precipitated by the policies of his government, resulting in his demonic image in Western media.

This timely biography addresses the coup, led by some of Mugabe's closest associates, that forced his resignation after thirty-seven years in power. Sue Onslow and Martin Plaut explain Mugabe's formative experiences as a child and young man; his role as an admired Afro-nationalist leader in the struggle against white settler rule; and his evolution into a political manipulator and survivalist. They also address the emergence of political opposition to his leadership and the uneasy period of coalition government. Ultimately, they reveal the complexity of the man who stamped his personality on Zimbabwe's first four decades of independence.

"In this sober biography of one of Africa's longest-serving presidents, Onslow and Plaut provide a brief but comprehensive overview of a controversial leader who's largely reviled in the West but often revered in Africa....Written in lucid prose, the informative book is commendable for its balanced assessment of 37 years' worth of very tumultuous events."
"An excellent, accessible book on the opaque life and legacy of Robert Mugabe." -- Sabelo J. Ndlovu-Gatsheni, author of The Decolonial Mandela
"Using paradoxes and ironies, [Onslow and Plaut] skillfully portray the dilemma Mugabe weaved Zimbabwe into: 'support for democracy, good governance, human rights, and rule of law,' the authors write, yet brutal repression of political opponents; the dispossession of land from former colonial white farmers, and land redistribution creating a new class of a few top official landowners....Summing Up: Highly recommended."
Praise for the Ohio Short Histories of Africa series:

"I am a huge fan of Ohio University Press's Ohio Short Histories of Africa series. I use them to teach my introductory-level African politics students about oppression, resistance, liberation, and corruption, and I recommend the books to anyone who asks as an affordable and accessible introduction to a wide range of topics in African studies." -- Laura Seay

GOR010195569
Robert Mugabe by Sue Onslow
Sue Onslow
Ohio Short Histories of Africa
Used - Very Good
Paperback
Ohio University Press
2018-03-05
208
082142324X
9780821423240
N/A
Book picture is for illustrative purposes only, actual binding, cover or edition may vary.
This is a used book - there is no escaping the fact it has been read by someone else and it will show signs of wear and previous use. Overall we expect it to be in very good condition, but if you are not entirely satisfied please get in touch with us.