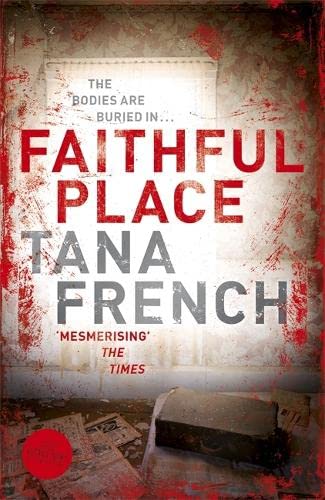 The course of Frank Mackey's life was set by one defining moment when he was nineteen. The moment his girlfriend, Rosie Daly, failed to turn up for their rendezvous in Faithful Place, failed to run away with him to London as they had planned. Frank never heard from her again. Twenty years on, Frank is still in Dublin, working as an undercover cop. He's cut all ties with his dysfunctional family. Until his sister calls to say that Rosie's suitcase has been found. Frank embarks on a journey into his past that demands he reevaluate everything he believes to be true.

Praise for THE LIKENESS:
'An intricate and edgy top-notch psychological thriller.'

* Woman and Home *
Creepily melding elements of Donna Tartt's 'The Secret History' and undercover police procedural, THE LIKENESS by Tana French, seduces from the start... A nifty tale of desire for belonging, as well as a cool thriller * Time Out *
Beautifully written and elegantly descriptive, this is a true literary detective novel rather than a whodunnit * Irish Mail on Sunday *
The Likeness isn't just a good page-turner, but a skilfully written modern novel . . . French has a brilliant ear for dialogue . . . Also in the best tradition of classic crime writers, such as P D James and Ruth Rendell, her characters are fully-rounded people and she is able to layer plots and storylines with a mastery that belies the fact that it is only her second book. * Sunday Independent *
French's second foray into the dark world of psychological crime more than proves she's the real deal * Daily Mirror *

Tana French grew up in Ireland, Italy, the United States and Malawi. She trained as an actor at Trinity College Dublin and has worked mainly in theatre. Her first novel, In the Woods, was published in 2007; it won the Edgar, Anthony, Macavity and Barry awards for Best First Novel and the IVCA Clarion Award for Best Fiction. In the Woods and her second novel, The Likeness, were both New York Times bestsellers. She lives in Dublin with her husband and daughter.

GOR001981900
Faithful Place by Tana French
Tana French
Used - Very Good
Paperback
Hachette Books Ireland
2010-07-01
448
1444705083
9781444705089
N/A
Book picture is for illustrative purposes only, actual binding, cover or edition may vary.
This is a used book - there is no escaping the fact it has been read by someone else and it will show signs of wear and previous use. Overall we expect it to be in very good condition, but if you are not entirely satisfied please get in touch with us.