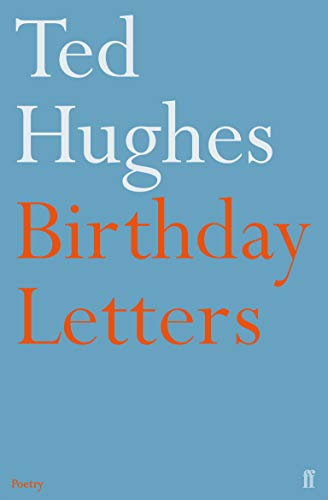 In Stock
$12.99
inc. GST
They were written over a period of more than twenty-five years, the first a few years after her suicide in 1963, and represent Ted Hughes's only account of his relationship with Plath and of the psychological drama that led both to the writing of her greatest poems and to her death.
Very Good Good Well Read
34 in stock

Ted Hughes's Birthday Letters are addressed, with just two exceptions, to Sylvia Plath, the American poet to whom he was married. They were written over a period of more than twenty-five years, the first a few years after her suicide in 1963, and represent Ted Hughes's only account of his relationship with Plath and of the psychological drama that led both to the writing of her greatest poems and to her death. The book became an instant bestseller on its publication in 1998 and won the Forward Prize for Poetry in the same year. 'To read [Birthday Letters] is to experience the psychic equivalent of "the bends". It takes you down to levels of pressure where the undertruths of sadness and endurance leave you gasping.' Seamus Heaney 'Even if it were possible to set aside its biographical value . . . its linguistic, technical and imaginative feats would guarantee its future. Hughes is one of the most important poets of the century and this is his greatest book.' Andrew Motion

"An extraordinary book . . . [Hughes's] subject is Plath herself--how she looked and moved and talked, her pleasures, rages, uncanny dreams, and many terrors, what was good between them and where it went wrong."-A. Alvarez, "The New Yorker"
"The critics who are urging us to regard these poems as masterpieces are right. Their intensity of feeling, the clarity of their imagery, the precision, energy, simplicity, and fluidity of their language are still striking."-Paul Levy, "The Wall Street Journal"
"An emotional, direct, regretful, and entranced [tone] pervades the book's strongest poems, which are quiet and thoughtful and conversational."-Katha Pollitt, "The New York Times Book Review"
"Most of the poems in "Birthday Letters" have a wonderful immediacy and tenderness that's new to Hughes's writing, a tenderness that enables him to communicate Plath's terrors as palpably as her own verse, and to convey his own lasting sense of loss and grief. . . . They sho

Ted Hughes (1930-1998) was born in Yorkshire. His first book, The Hawk in the Rain, was published in 1957 by Faber and Faber and was followed by many volumes of poetry and prose for adults and children, including The Iron Man (1968). He received the Whitbread Book of the Year for both Tales from Ovid (1997) and Birthday Letters (1998). He was Poet Laureate from 1984, and in 1998 he was appointed to the Order of Merit.

GOR001227409
Birthday Letters by Ted Hughes
Ted Hughes
Used - Very Good
Paperback
Faber & Faber
1999-03-17
208
0571194737
9780571194735
Winner of T S Eliot Prize 1999 Winner of Whitbread Book Awards: Book of the Year 1998 Winner of Whitbread Book Awards: Poetry Category 1998 Winner of Forward Poetry Prize 1998 Winner of Forward Poetry Prize: Best Collection 1998
Book picture is for illustrative purposes only, actual binding, cover or edition may vary.
This is a used book - there is no escaping the fact it has been read by someone else and it will show signs of wear and previous use. Overall we expect it to be in very good condition, but if you are not entirely satisfied please get in touch with us.