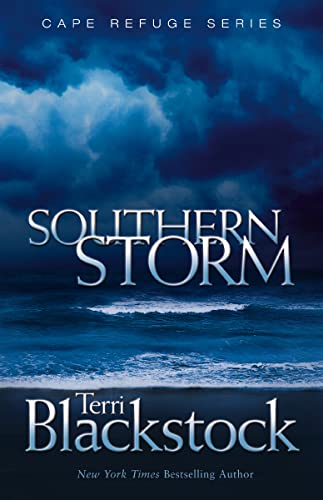 Police Chief Cade disappears after hitting and killing a man with his car. Without a trace, without a note, without taking clothes or his car or money, he is gone.

First a dead stranger. Now a missing police chief. Did Chief Cade run off to elope? Or has he met with foul play?

No one knows who the victim was, where he came from, or why he staggered out in front of Chief Cade's car. Guilt overwhelms him that he killed the mysterious stranger, until Cade learns that the man had been shot at close-range before he was struck. Determining his identity and finding the shooter becomes Cade's top priority.

But then Cade vanishes off of the island of Cape Refuge. Rumors spread like wildfire that Cade was involved with the dead man's wife and that the death was not accidental. Did Cade run to escape murder charges, or has something sinister happened to him?

Blair Owens knows Cade wouldn't have done the things they're saying ... and he wouldn't have left without saying goodbye. She's determined to find him herself, but her search takes her to some dangerous places. Finding Cade will take faith in a God whom Blair has always doubted. Will He listen to her prayers when she's given Him nothing but grief? Cade's life might hang in the balance . . . and time is running out.

Terri Blackstock has sold over seven million books worldwide and is a New York Times and USA TODAY bestselling author. She is the award-winning author of Intervention, Vicious Cycle, and Downfall, as well as such series as Cape Refuge, Newpointe 911, the SunCoast Chronicles, and the Restoration Series. Visit her website at www.terriblackstock.com; Facebook: tblackstock; Twitter: @terriblackstock.
GOR001631415
Southern Storm by Terri Blackstock
Terri Blackstock
Cape Refuge Series
Used - Very Good
Paperback
Zondervan
2003-04-04
384
0310235936
9780310235934
N/A
Book picture is for illustrative purposes only, actual binding, cover or edition may vary.
This is a used book - there is no escaping the fact it has been read by someone else and it will show signs of wear and previous use. Overall we expect it to be in very good condition, but if you are not entirely satisfied please get in touch with us
Trustpilot