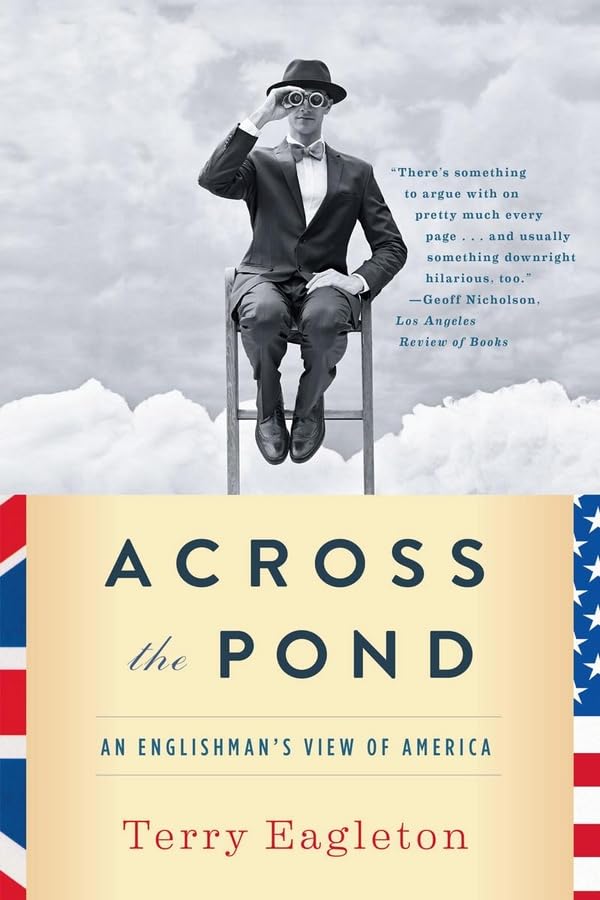 Across the Pond by Terry Eagleton

An irreverent trip through American culture by a critic who "cracks jokes as easily as one would crack walnut shells" (Washington Post).

Across the Pond: An Englishman's View of America by Terry Eagleton

Americans have long been fascinated with the oddness of the British, but the English, says literary critic Terry Eagleton, find their transatlantic neighbors just as strange. Only an alien race would admiringly refer to a colleague as "aggressive," use superlatives to describe everything from one's pet dog to one's rock collection, or speak frequently of being "empowered." Why, asks Eagleton, must we broadcast our children's school grades with bumper stickers announcing "My Child Made the Honor Roll"? Why don't we appreciate the indispensability of the teapot? And why must we remain so irritatingly optimistic, even when all signs point to failure?

On his quirky journey through the language, geography, and national character of the United States, Eagleton proves to be at once an informal and utterly idiosyncratic guide to our peculiar race. He answers the questions his compatriots have always had but (being British) dare not ask, like why Americans willingly rise at the crack of dawn, even on Sundays, or why we publicly chastise cigarette smokers as if we're all spokespeople for the surgeon general.

In this pithy, warmhearted, and very funny book, Eagleton melds a good old-fashioned roast with genuine admiration for his neighbors "across the pond."

"Incisive and honest... Eagleton's contribution to the persistent subgenre of Toquevillian analysis: the European curmudgeon's critical, ultimately appreciative and, in Eagleton's case, loving guide to the wacky Yanks and their nation." -- Michael Washburn - Boston Globe
"[Eagleton is] clearly a writer who enjoys being a provocateur: there's something to argue with on pretty much every page of Across the Pond, and usually something downright hilarious, too. Great stuff...Terry Eagleton is a funny man." -- Geoff Nicholson - Los Angeles Review of Books
"Terry Eagleton has a gift for the kind of generalizations that at first appear outrageous but seem, on reflection, annoyingly perceptive. Were I one of the expressive Americans he describes, I'd call this book awesome; as a constipated Brit, I'm inclined to say that it is not at all bad." -- Henry Hitchings, author, The Secret Life of Words
"His mode is that of a jocular anthropologist, pint in hand, chattily offering up his opinions." -- David Wolf - The New Republic
Terry Eagleton was born in Manchester, England. The author of more than forty books, including the seminal Literary Theory: An Introduction, he has taught at Oxford, Cambridge, and the University of Manchester. He resides in Dublin, Ireland, with his wife and children.
GOR006451375
9780393349405
0393349403
Across the Pond: An Englishman's View of America by Terry Eagleton
Terry Eagleton
Used - Very Good
Paperback
WW Norton & Co
2014-05-06
192
N/A
Book picture is for illustrative purposes only, actual binding, cover or edition may vary.
This is a used book - there is no escaping the fact it has been read by someone else and it will show signs of wear and previous use. Overall we expect it to be in very good condition, but if you are not entirely satisfied please get in touch with us
Trustpilot